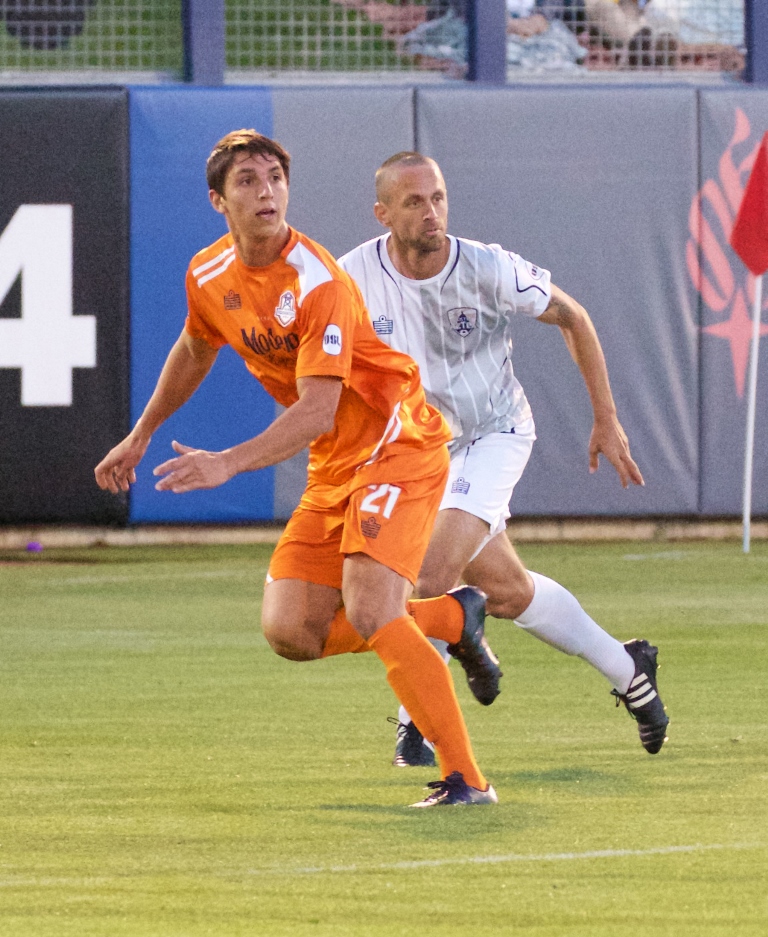 The career of Mason Grimes has to be described as a meteoric rise.  He has moved from the collegiate game to the pro ranks and onto international soccer in the matter of months.  It’s an incredible story.

It all starts with Grimes committing to play at Cal State San Marcos, a program that plays in the NAIA.  He would see action all four years, but was a starter his final two seasons.  He led the Cougars to seven shutouts and an incredible 0.86 goals against average as a junior in 2013.  He would garner All-Conference honors during both his junior and senior seasons.

“My college experience help me prepare for a pro career,” Grimes said.  “It was a good experience and we played tough college teams.”

Not many NAIA stars turn pro, but Grimes did just that when he signed with the USL’s Tulsa Roughnecks earlier this year.  It is a team and a brand with a massive history and tradition in the beautiful game thanks to the team’s success many years ago in the original NASL.

“It’s a great feeling being here,” Grimes added. “The people are very welcoming.  We have had good crowds and good results.”

With Grimes the Roughnecks were getting a player that is young and has virtually unlimited potential.  In fact they would be signing a 22-year-old that already has seven international matches under his belt.  That is possible because Grimes is also a key member of the Guam Men’s National Team. 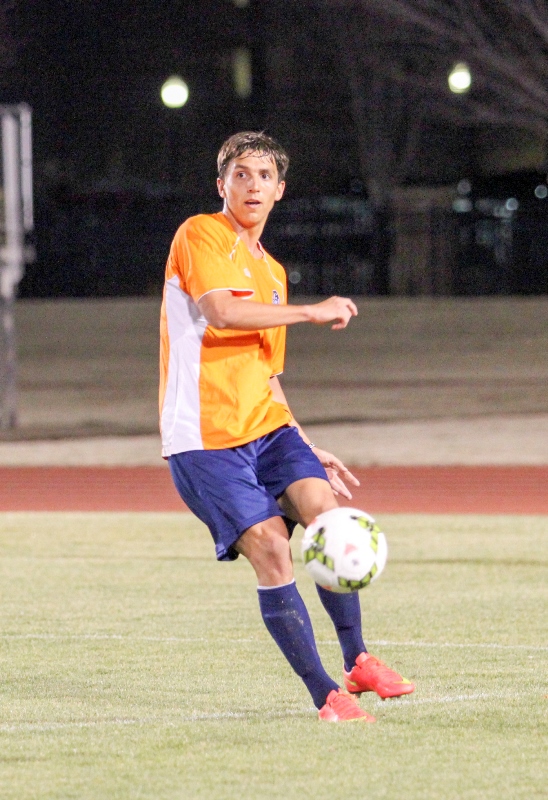 How did the California native end up playing for Guam?  His grandmother was born there and the first time he visited the island was as a member of their national team.  Yes, he was being asked to represent a country he had never been to.

It was quite an honor considering Guam’s massive talent pool.  A.J. DeLaGarza, Ryan Guy, and Jason Cunliffe are all top players that have had played at the highest level and Grimes is proud to call them teammates.

DeLaGarza is one of the best defenders in Major League Soccer (MLS) and is a star player with the star-studded LA Galaxy, while Guy brings years of experience from the League of Ireland, MLS, NASL, and NPSL.  Cunliffe is simply one of the top goalscorers in Guam National Team history.

Grimes’ journey with the national team has allowed him to travel the world, playing in Guam, Taiwan, Hong Kong, and Singapore.  He found this to be an exciting aspect of international football.

“It was awesome to travel, see new places.  I got to see different styles of play and very technical football. I get to play at a higher level.  It’s been a great experience.”

Not only is he a star on the international scene, Grimes is one of the most promising young players in the entire USL and he has big plans.

“I want to play in the highest league I can.  Playing in MLS is a dream of mine.” 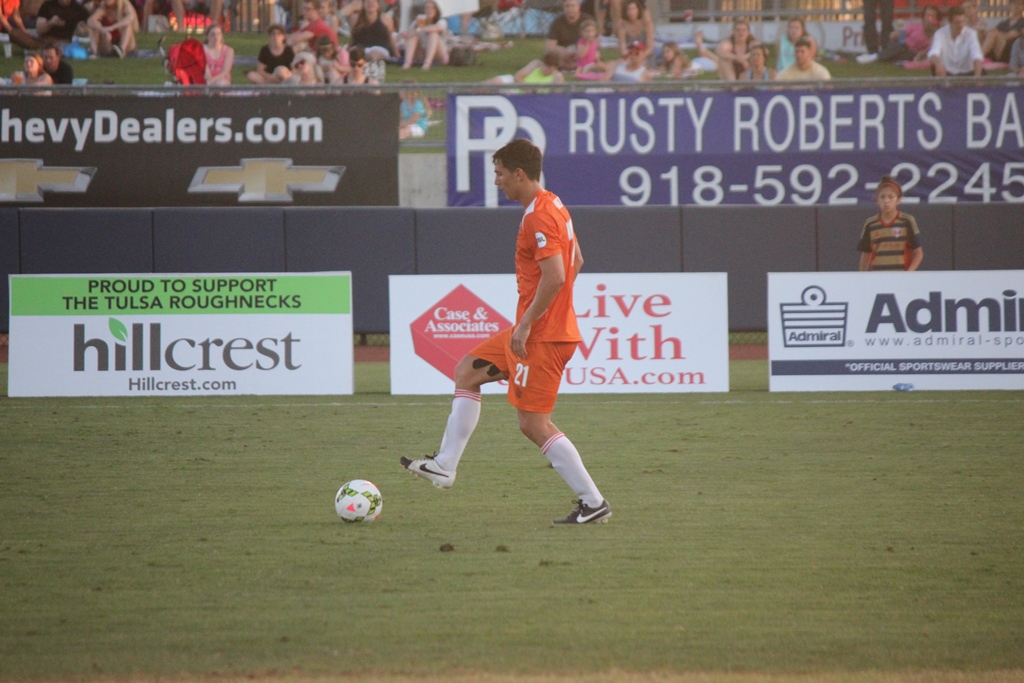 He clearly recognizes the USL’s close relationship with MLS and that many players develop in the USL before moving up the soccer pyramid.

But right now his focus is on the Roughnecks and the season at hand.  He hopes he can help lead the team into the postseason, knowing that it is anyone’s game in the playoffs.

We have certainly learned from his career that all it takes is one opportunity to make it big. Remember his name.  We have a feeling you will be hearing a lot more about Mason Grimes in the years to come. 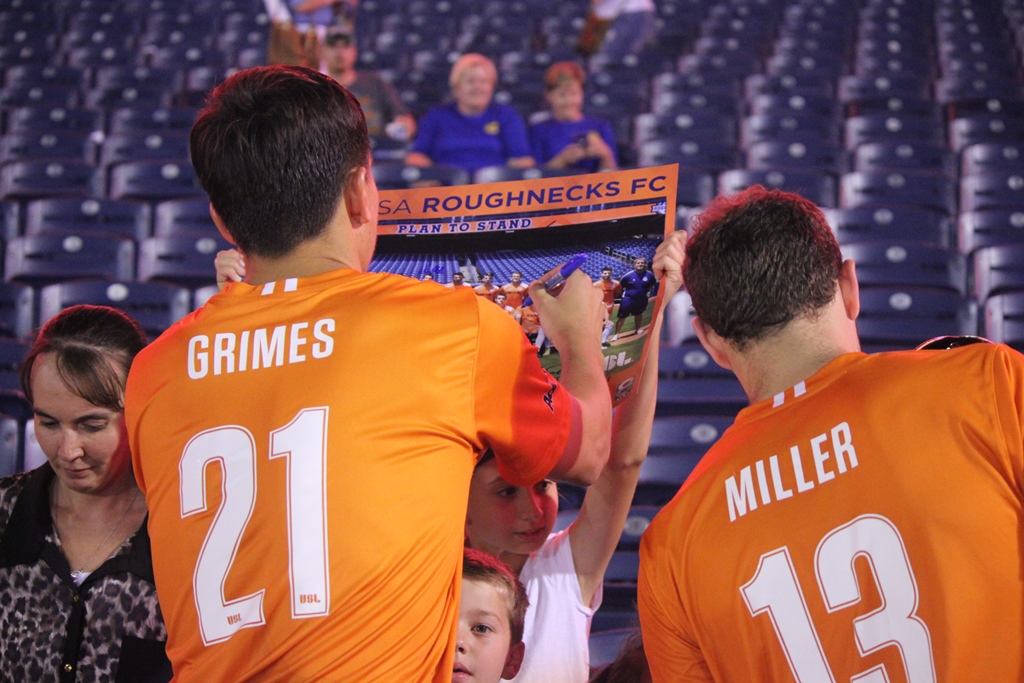