Admiral is a global brand and as a result is a major player in the North American market.  According to Dan Bordignon, VP of Sales for Soccer Express, Admiral has experienced great success in Canada with over 50 clubs and organizations and 35,000 players relying on the brand each and every day: 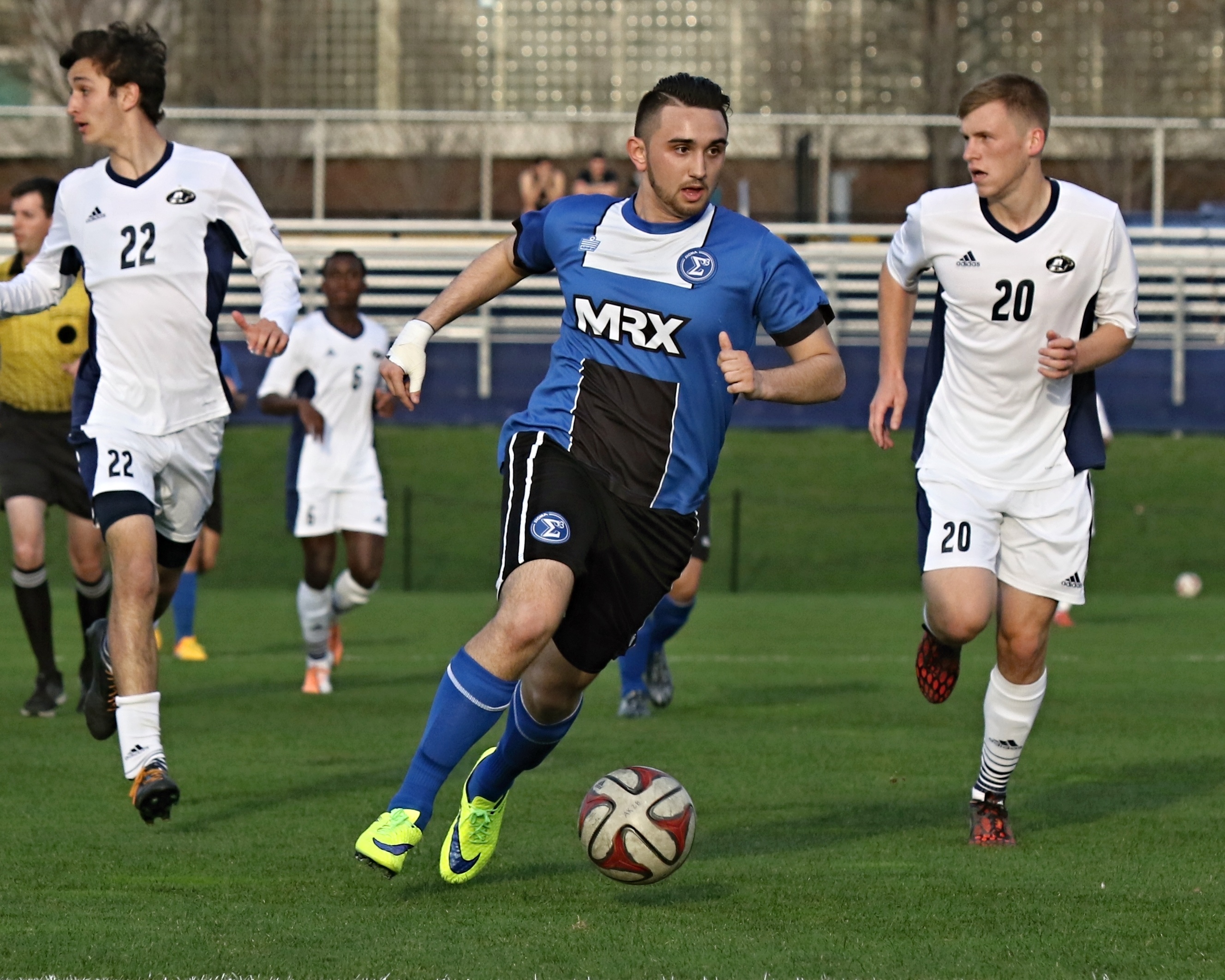 “Admiral is one of the market leaders in the country when it comes to creating a distinctive and unique look/brand a soccer organization in a cost-effective manner.  Admiral’s ability to deliver on this trend that is becoming more sought after in the market place is one of the main reasons that Soccer Express has partnered with Admiral, and fought hard to become the national distributor for this heritage brand.”

Large Canadian clubs like New Market Soccer Club, Prince George Youth Soccer Association, and Ottawa Napean Soccer Club all depend on Admiral for their kit needs as does the NASL’s Ottawa Fury.  We decided to feature yet another Admiral partner, Ontario’s Sigma FC, as they compete in their tour of the U.S.

Sigma FC is changing the face of Canadian soccer one player at a time.  Established in 2005, they have quickly become the country’s leader in player development.  It’s hard to argue with their numbers.  Eighty Sigma FC alumni have gone on to play NCAA soccer with seven players turning pro.  The latest was Cyle Larin, who was selected #1 overall by Orlando City SC in the 2015 MLS SuperDraft after he experienced tremendous success at UConn.

The future of Sigma FC is tremendously bright thanks to the expertise of Technical Director Bobby Smyrniotis, one of the country’s top coaching minds. He has a plethora of prospects that are on the radar of college coaches and pro scouts.

First and foremost is Richie Laryea, a talented midfielder at the University of Akron.  A player with experience with the Canadian U-18 Men’s National Team, Laryea is a prototypical two-way midfielder who has a serious skill set on and off the ball.  Coming off an excellent spring season, the Toronto, Ontario native is expected to be a major contributor for the Zips this fall.

Other Sigma FC alums that are looking to be major pro prospects include Kwame Awuah and Alex Halis. 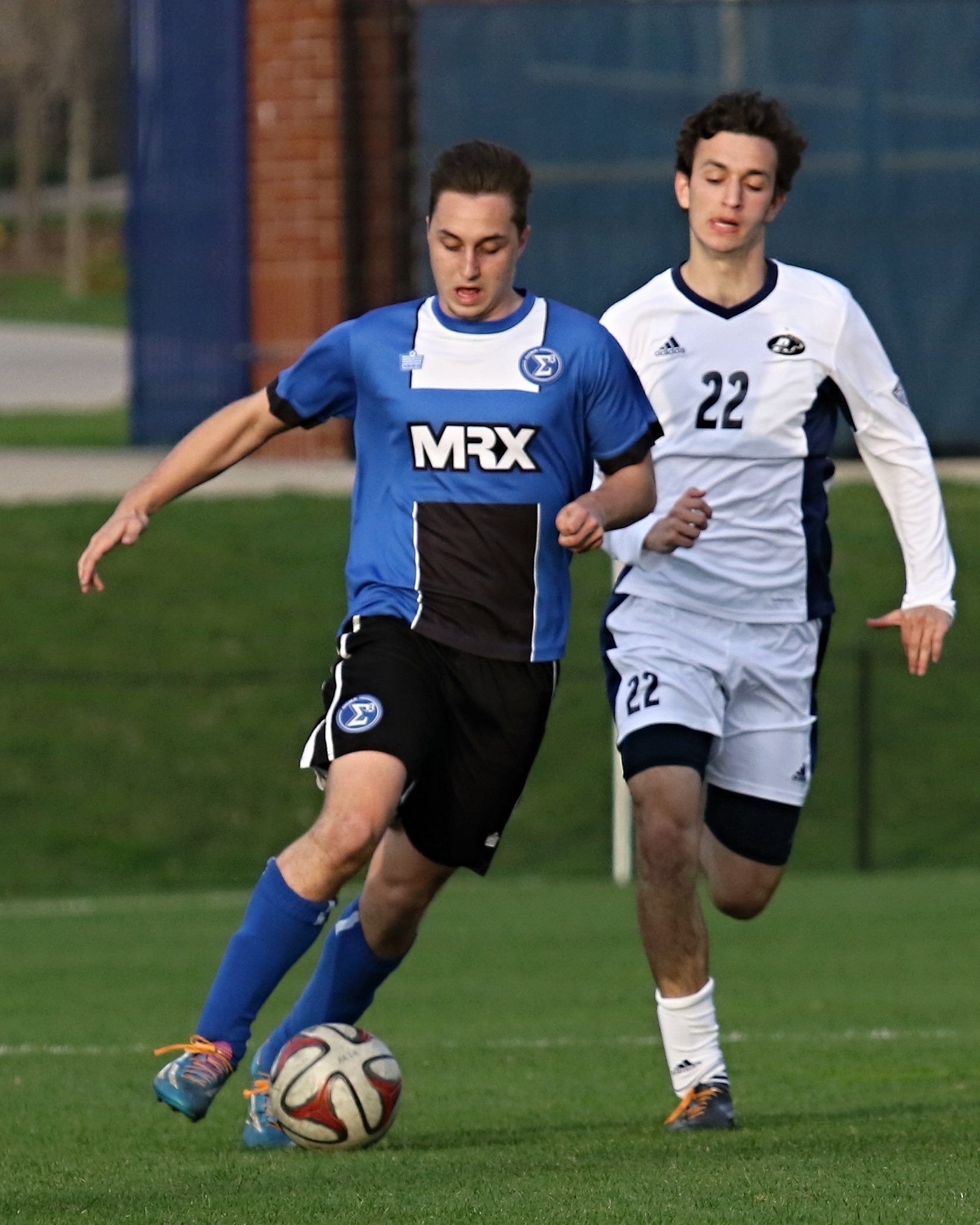 Awuah is a left-footed midfielder that possesses exceptional speed and versatility.  He was recruited to UConn along with Larin and remains one of the top players in their program.  Halis is a talented midfielder at Syracuse, a player that has already scored ten goals in his two seasons there.  He has received a number of accolades, including being named to the College Soccer News and All-ACC Freshman Teams in addition to claiming team Rookie of the Year honors.

Sigma FC is in the midst of a grueling tour of the U.S., facing the top college programs in the country.  Stops at Oakland University (MI), University of Akron (OH), and Canisius College (NY) were planned to test the club’s young players.

“It is a great learning curve for them,” Smyrniotis commented. “It will get them out of their comfort level.  It is a great way to see what they are getting into with the college game.”

Sigma FC is also a major player in League1 Ontario, a regional league in Canada.  The league allows teams to play either professionals or amateurs with Sigma FC choosing the latter as a developmental tool.

“The league has a high standard for coaching staffs, facilities, and matchday operations,” Smyrniotis added. “It is a stepping stone to the next professional level.”

While League1 Ontario is a great platform, many are hoping that Canada will get their own professional league and soon.

According to Smyrniotis, the lack of a true professional league in Canada is holding the men’s national team program back, lagging behind the women who should be very competitive in this summer’s Women’s World Cup.  He talks about “finding an internal solution,” developing a league with the right business model, investors, and major markets.

There is no question that the Canadian men’s national team program has underachieved when compared to their female counterparts.  The women have experienced success on and off the pitch, while the men have struggled to find their place in the international game.  The senior men’s program is currently in rebuilding mode as the coaching and technical staff are looking at every available player, at home and abroad.  The hope is that they will be very competitive when the Gold Cup and World Cup qualifying comes around.

The most immediate excitement in Canada comes from the Women’s World Cup happening this summer.  Smyrniotis believes that the Canadian Soccer Association (CSA) will put on yet another great event.  It could lay the groundwork for a new professional league as the ’94 World Cup did for the U.S. or even help their stature with regards to future events.  The biggest prize is the 2026 World Cup, an event that most likely will take place in the CONCACAF region.

Canada is a clearly a country with great promise for the beautiful game.  Soccer’s popularity is at an unprecedented level with over one million players registered with the CSA.  This is quite impressive for a country rooted in hockey, a sport that now boasts only 700,000 registered players.  Hockey has been losing out to soccer and basketball, particularly in urban areas.  This should be no surprise due to what Smyrniotis calls “the great emergence of the sport” and the fact that people have a “bigger hunger” for soccer than ever before.

Canada will continue to work on professionalizing the club system, hiring paid staff and setting up professional coaches as technical directors.  The lack of numerous jobs in the Canadian game is a challenge, but it is one that can be overcome.

“There are more soccer jobs in the United States,” Smyrniotis summarized.  “Many say that there are only 50 good soccer jobs in Canada.  You might have that in Ohio alone.”

Despite the numerous obstacles, the sky’s the limit for the Canadian game thanks to coaches and technical staff like Bobby Smyrniotis.  With Sigma FC leading the way, the future of soccer is very bright in the Great White North.