Admiral Sports is pleased to announce that they have gained the rights to distribute Open Goaaal! in the United States, Canada, and parts of Central and South America. 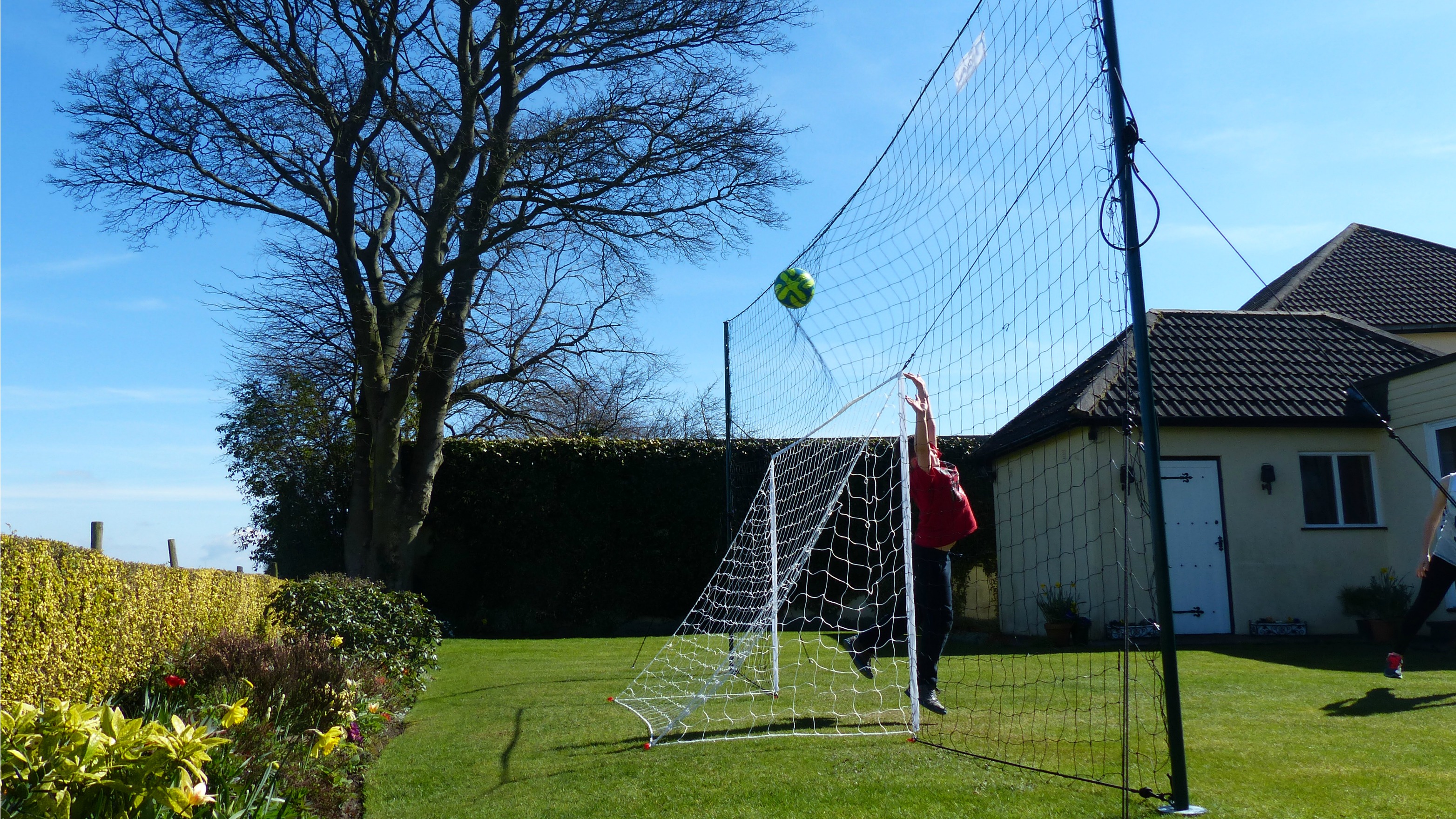 “Admiral has been innovating in the soccer market since 1914 and we can continue to do so here in 2016,” Admiral Sports CEO Paul Hamburger remarked. “We wanted to offer Open Goaaal! to the many Admiral partner youth clubs, leagues, and associations in the Americas because we believe this is a great tool to improve the confidence and performance of young soccer players and goalkeepers in front of goal. ‘Practice makes perfect’ and Open Goaaal! helps players practice.”

Open Goaaal! is a brand new patent-pending soccer invention that’s taking the world of backyard soccer by storm.  That’s because you can practice shooting and ball skills and miss the goal time after time, without having to worry about retrieving the ball.

Open Goaaal! is a white soccer net surrounded by a 10 feet high wall of tensioned netting, that not only stops missed shots flying over and into the distance, but then rebounds the ball back for another shot, time after time.  No more retrieving, which allows for maximum repetition, practice, and game time.

Open Goaaal! was first launched in the United Kingdom, the home of the English Premier League (EPL) and  current and former EPL players such as Rio Ferdinand, Kyle Walker, Phil Jagielka, and Darren Fletcher have raved on social media about the Open Goaaal!s they have for their kids.

“I’m genuinely excited about partnering with Admiral,” Open Goaaal! CEO Jonathan Cowan added.  “Open Goaaal! is a product designed to help the grassroots soccer player improve their skills in their own backyard.  Admiral is a respected business that supplies exactly that audience and so it feels like a perfect fit.”

The biggest challenge of backyard practice is having to play in a reserved fashion.  Shoot firm and when you miss the ball it either flies over the fence next door or down the yard and so the practice stops while you retrieve it.  Then again there’s the destruction caused by smashed fences, broken windows, and damaged flowers and shrubs, leaving many parents unhappy. Open Goaaal! has solved all of these issues.

The inner white goal comes in two sizes: 9 x 5 feet for younger players and 16 x 7 feet for older players.  The outer black wall of rebound netting is 10 feet high and 20 to 30 feet wide depending on the size.  The width can also be narrowed for smaller yards.  The construction of OpenGoaaal! is very strong, made with 1.5 mm thick steel poles, 45 ply netting, and metal ground sockets and anchors.

Another positive feature of Open Goaaal! is that it slides out of the way like a curtain when the game is over.  So parents who’d prefer not to have the permanent presence of a goal in their yard, can simply slide it out of the way.

Customers can see more pictures, watch videos, and pre-order OpenGoaaal! for $199.99 (standard) and $249.99 (large) at www.admiral-sports.com/opengoaaal. The product will be available in the summer of 2016.

Admiral is indeed a legendary brand, having been worn by some of the biggest names in the sporting world.  The England National Team, Manchester United, and the New York Cosmos are just some of the clubs that once donned Admiral. In fact, Admiral has supplied most of the current EPL teams in addition to being the largest brand in the original NASL.

Today Admiral is a major player in the North American and international markets.  The company is the second-largest soccer brand supplying professional teams in the U.S. in addition to supplying some of the top professional clubs and academies in Canada.

Those attending the 2015 NSCAA Convention in Baltimore can enter for a chance to win an Open Goaaal! of their own by simply visiting Admiral Sports at Booth #515.