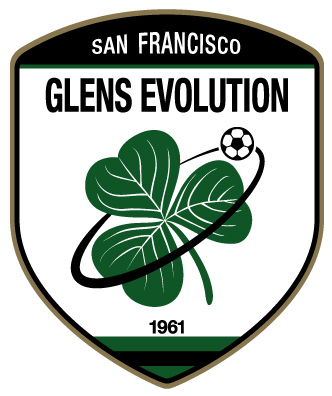 Admiral Sports is pleased to announce that they have entered into a strategic partnership with SF Glens Evolution.

“SF Glens Evolution wanted to create a completely unique team kit that represented their new brand identity,” Admiral Sports CEO Paul Hamburger stated. “Admiral’s designers worked with the club to create a whole range of custom teamwear, merchandise and accessories, including custom scarves, balls, pennants, and even phone cases.  As owners we’re personally involved to ensure the club get what they need directly from our factory.  We’re thrilled to be working with San Francisco’s largest youth club and look forward to helping them standout on and off the field.”

SF Glens Evolution is a club that is made up of two of the largest, most successful clubs in San Francisco being merged together.

“San Francisco Glens Evolution chose to partner with Admiral because of their ability to create a club look and feel that is unique to any other and their easy ordering solutions” SF Glens Evolution Co-Director of Coaching Mike McNeill added. “We look forward to having a great partnership for many years to come.”

Today Admiral is a major player in the North American and international markets.  The company is the second-largest soccer brand supplying professional teams in the U.S. and Canada.  Admiral is worn by the 2013 Premier Development League (PDL) Champions Austin Aztex, the 2014 PDL Champions Michigan Bucks, and the 2015 USL Champions Rochester Rhinos.

Admiral is a pivotal figure for many US Youth Soccer state associations and youth programs across the country.  Admiral is also the exclusive supplier to the NorCal Premier Soccer League of which SF Glens Evolution is a member.