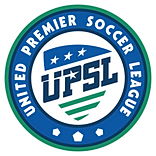 Admiral Sports is proud to announce that they have signed a strategic partnership agreement with the United Premier Soccer League (UPSL).

"We are delighted to be partnered with the UPSL,” Admiral Sports CEO Paul Hamburger stated. “We are impressed by their recent growth and their new initiatives meant to the grow the game in California.  We look forward to seeing all UPSL teams outfitted in Admiral kit for years to come, exposing Admiral to more professional and amateur players.”

Led by President Leonel Lopez and Commissioner Yan Skwara, the UPSL was formed in 2011. The USPL currently operates 22 teams all in Southwest California with a projected 30-plus teams in 2015. The UPSL is Southern California’s fastest growing men’s amateur Pro Development league and is focused on a nationwide build out of a promotion-relegation system connecting American soccer. The UPSL regular season currently plays from October through March and the league also runs the UPSL Pro Premier Division, which runs from May through August each year. Each UPSL team is individually owned and operated, and is responsible for maintaining the league’s minimum standards.

“We are very excited about our new partnership with Admiral,” Skwara added. “Admiral has been a well-recognized sports brand in futbol since 1914.  We are thrilled that our UPSL players and clubs will be able to be connected to such a powerful and credible futbol brand and product.  This is a major opportunity for our league to deliver an incredible agreement for our member team clubs, which is always a top priority for us.  We truly believe that this will be of great benefit to each club moving forward.”

As part of the agreement, Admiral will become the league’s official sportswear provider.  Admiral will receive branding and title rights with the phrasing “UPSL Presented by Admiral” used for league and tournament matches.  The UPSL Cup will also be re-branded as the Admiral Cup.

UPSL teams will benefit from the relationship with Admiral in several ways.  First, Admiral will provide every team with a unique custom kit that is both high quality and available at an affordable price point.  Second, every team will receive an online store that will allow them to sell merchandise to fans and supporters.  Lastly, dealing with Admiral means dealing with the company’s owners directly.  This results in a factory direct model that is built on personal service.

Admiral is a legendary brand, having been worn by some of the biggest names in the sporting world.  The England National Team, Manchester United, and the Seattle Sounders are just some of the clubs that once donned Admiral. In fact, Admiral has supplied most of the current English Premier League (EPL) teams in addition to being the largest brand in the original NASL.

Admiral has now grown into a major player in the North American market, becoming one of the largest brands supplying professional soccer teams in the U.S.