Hoosier FC is a club that is turning heads, causing people to take notice of a program that is on the rise.  The 2016 Indiana State Cup proved to be a perfect example of the club’s continued development and growth.

Hoosier FC placed 19 teams in the tournament and the result was a massive success.  Six of their teams (37%) made it to the finals with two (11%) teams winning it all.  Those figures are quite impressive, but they represent an even greater accomplishment when you take them into context.  Hoosier FC had the highest percentage of teams make the finals and the second highest percentage of teams win a championship.

Talented players, coaches, and staff make Hoosier FC one of the top programs in the entire Midwest.  Olivia Smith and Tom Keenan are two people that represent the good work that is going on at the club. 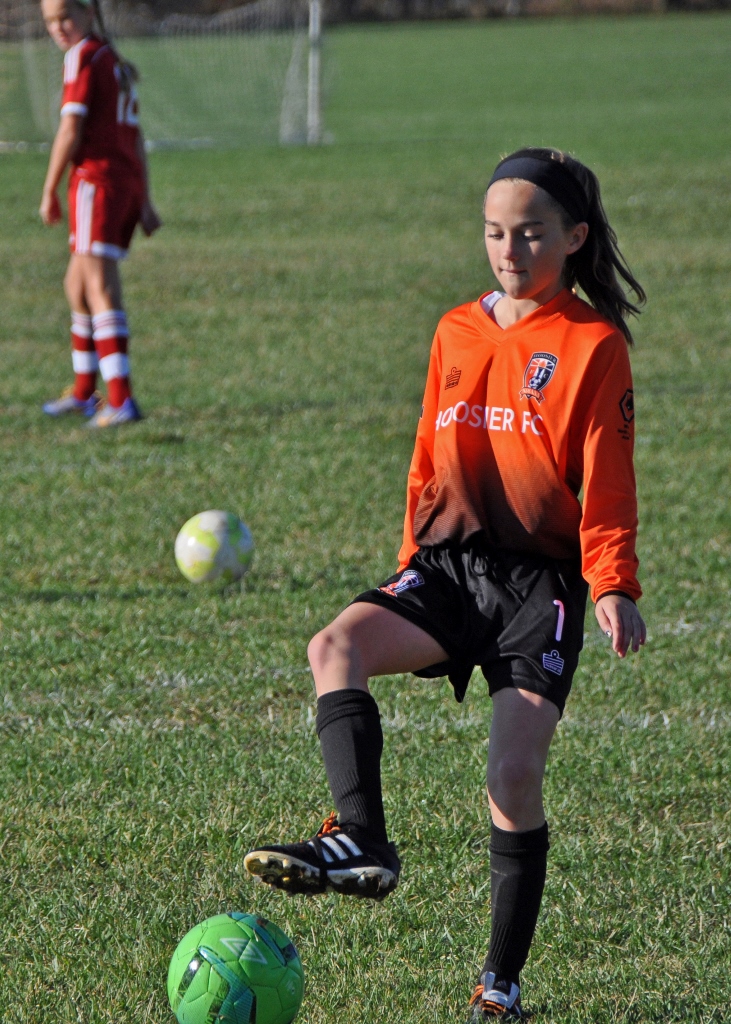 Olivia Smith is thought to be one of the top players in the entire club and winning the Hoosier FC Girls’ MVP award is just one indicator of that.  She has also been training at the U.S. Soccer Federation Training Center for over a year and was part of a multi-regional camp earlier this year.  Smith pointed out that this incredible opportunity would not have been possible without the training and support she has received from Hoosier FC.

She credits the club with helping her develop foot skills, confidence, and awareness on and off the ball.  She pointed out the important influence of two HFC coaches, Vandi Miranda and Mario Castello.

“Coach Vandi has helped me not only understand the game of soccer, but has helped me succeed in the psychological and physical part of the game. Coach Mario has helped develop my foot skills, and has made me a much more confident player. I am very lucky to have had them both as coaches.”

A total team player, Smith describes herself as “a very dedicated player whose number one goal is to be the best and help my team to victory.”  She is also a player that knows exactly what she wants to achieve.

“My number one short-term goal as a player is to win State Cup.  My long-term and much more difficult to achieve goal is to make the U.S. Women's National Team.” 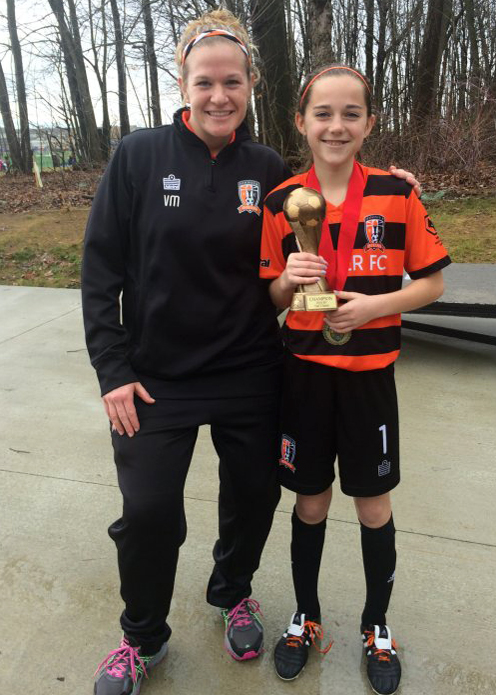 Tom Keenan is widely regarded as one of Indiana’s top coaching minds.  He has great mix of playing and coaching experience.

His playing career was legendary, one associated with winning and success.  It all started with a state championship in 1994, the same year he was named Indiana HS Player of the Year.  His success would continue at Indiana University, where he helped lead the Hoosiers to four Big Ten championships.  His time as a professional included stops with the Cincinnati Riverhawks and Indiana Blast.

Keenan is the current Youth Director of Coaching for Hoosier FC, having held that position for over a year.  He also has experience with Indiana Fire Juniors (2014-2015) and as a club coach for Hoosier FC for ten years (2004-2014).

The players and families of Hoosier FC appreciate Keenan’s player-centered approach to the game.  He is a coach that both players and parents love.

“My coaching philosophy is trying to teach each player to play the game the right way,” Keenan added. “I focus on teaching the younger players the technical part of the game.  The technical ability of my players and playing the game the right way is much more important than winning and losing.  At the end of the day I want all of my players to have fun and love the game.”

Keenan is committed to help players grow and develop, which should be the ultimate goal of any successful club.

“Player development should outweigh the team’s success,” Keenan concluded. “I try to put every player in the proper training environment so they can be challenged appropriately.  Players develop at different paces: some may develop at a faster pace, so be ready to adjust the training so all players are being challenged.”

Keenan has done well with the balance of winning and development, having great success in both areas.  The Indiana State Cup that was mentioned previously turned out to be a stronghold for Keenan and his teams.  He was quite pleased with the club’s performance there.

“The state championship run was very exciting for our club, parents, coaches and most importantly, the players.  Going into the tournament we were the number two seed.  To advance to the final four we had to win the preliminary weekend, which was three games.  We got through the prelim weekend scoring 14 goals and only giving up three.  In the state final game we played ZYSA which was the number one seed.  We played ZYSA in league play and won.  I knew going into the State Finals it was going to be very difficult to beat them twice in the same season.  The Hoosier FC 04/05 Boys came together and found a way to get it done with the final score of 5-2.  The support from our entire club was tremendous.”

Winning the State Cup is a huge accomplishment for any club and we have a strong feeling that you’ll be hearing much more about Olivia Smith, Tom Keenan, and Hoosier FC in the future.  You should expect some very big things from them in the years to come.