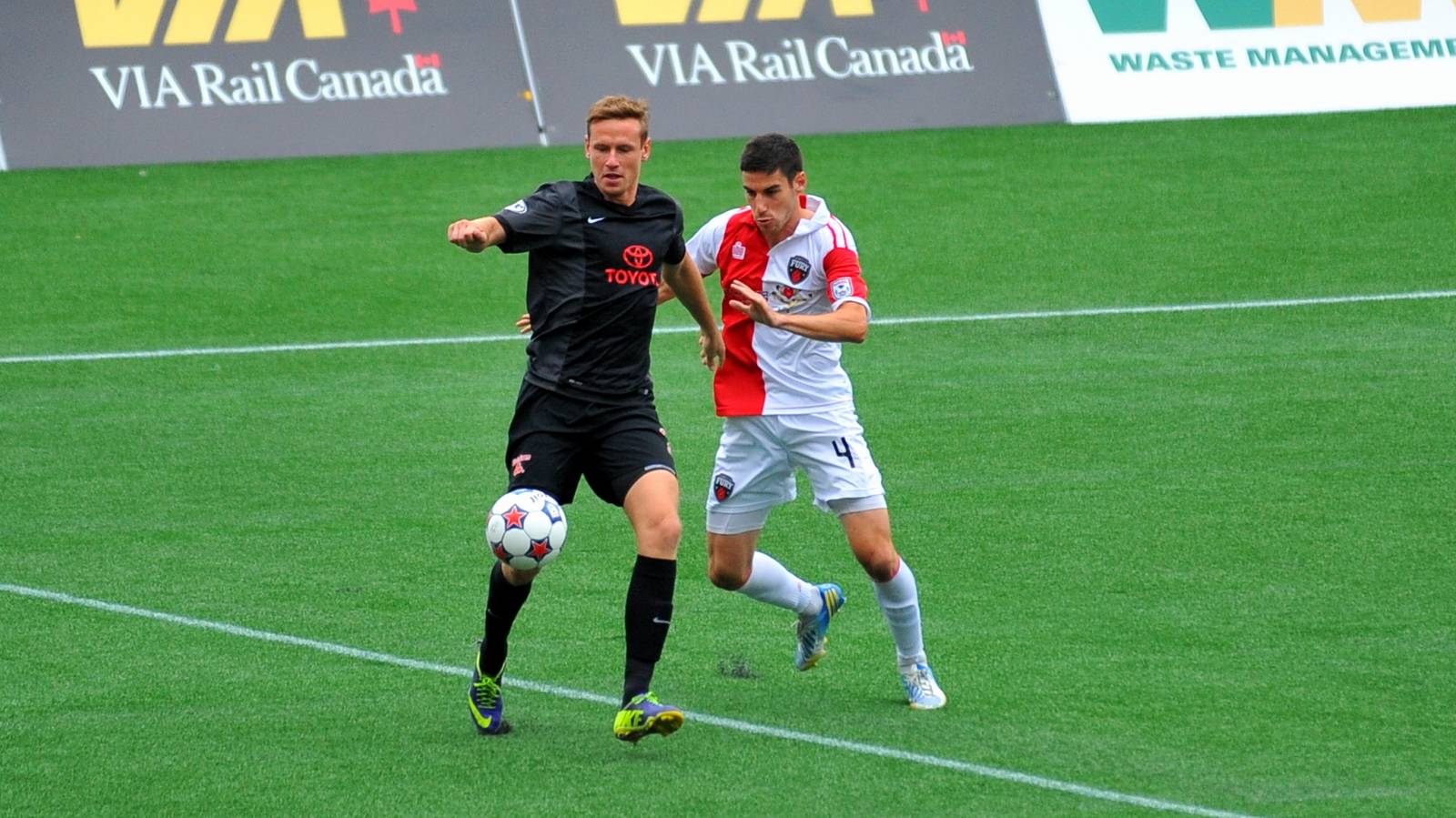 Ottawa Fury FC defender Drew Beckie is a special player, someone who cares deeply about both soccer and the community.

He recently started the WINGS program, which stands for Walking IN Grief’s Shadow, in conjunction with the Fury and Admiral Sports. It was designed to help children who have dealt with the grief and trauma of losing a parent.

Beckie, who lost his own father at age eleven to cancer, wanted to help children who experienced similar tragedies.  He was inspired by NHL star Travis Hamonic, who started a similar program with the New York Islanders.

“His feature on ESPN's E:60 really hit home for me and I wanted to emulate something like that for the kids here in Ottawa.  Secondly, I was a part of a kids group while my dad was undergoing treatment called Kid's Alive. The group helped us deal with our emotions and use them in a productive way. If I hadn't learned how to deal with my grief then several things today may have been different.”

The WINGS Program provides kids with tickets to attend an Ottawa Fury FC game, a post-game tour of the dressing room, meeting with Drew, and the opportunity to meet other members of Ottawa Fury FC.  According to Beckie, this is a program that has tremendous value and addresses a real need.

“It is very important for their development to deal with this pain as they grow up.  This group will help them have an outlet for their grief in a good way. Dealing with their grief directly and in a healthy way has had a profound effect on myself and I hope to spread that to the kids who work with the program. If they feel like talking then great but if not then at least they know someone who has been there before.”

The opportunity to help others has always been a key concern for Beckie, who previously volunteered at local soup kitchens and with the Special Olympics. It’s great to see a high-profile player taking the time to give back.

As one of the most talented players in the Canadian game, the Regina, Saskatchewan native has spent time with the Columbus Crew and Real Colorado.  He also starred for the U-17 and U-20 Canadian National Team, something he will never forget or take for granted.

“Representing Canada is always an honor. To play for your country is what many people dream of and I hope to have the chance again soon. I just need an opportunity.”

He has very high expectations for the NASL season that is now underway.

“We want to be a playoff team and we believe we are one.  We are focused on making sure we put ourselves into that position as the season ends. Anyway I can help the team on the field is what I'll focus on. As the team has success then individuals have success.”

Beckie has had plenty of individual success this year, including being named being named to the NASL Team of the Week.  But he remains focused on the team effort, not gaining personal accolades.

He has found his place in the NASL and is happy with the quality of competition he has found there.  He sees both leagues as very equal even though the quality of facilities may differ.  He believes that several NASL teams could compete very well in MLS. 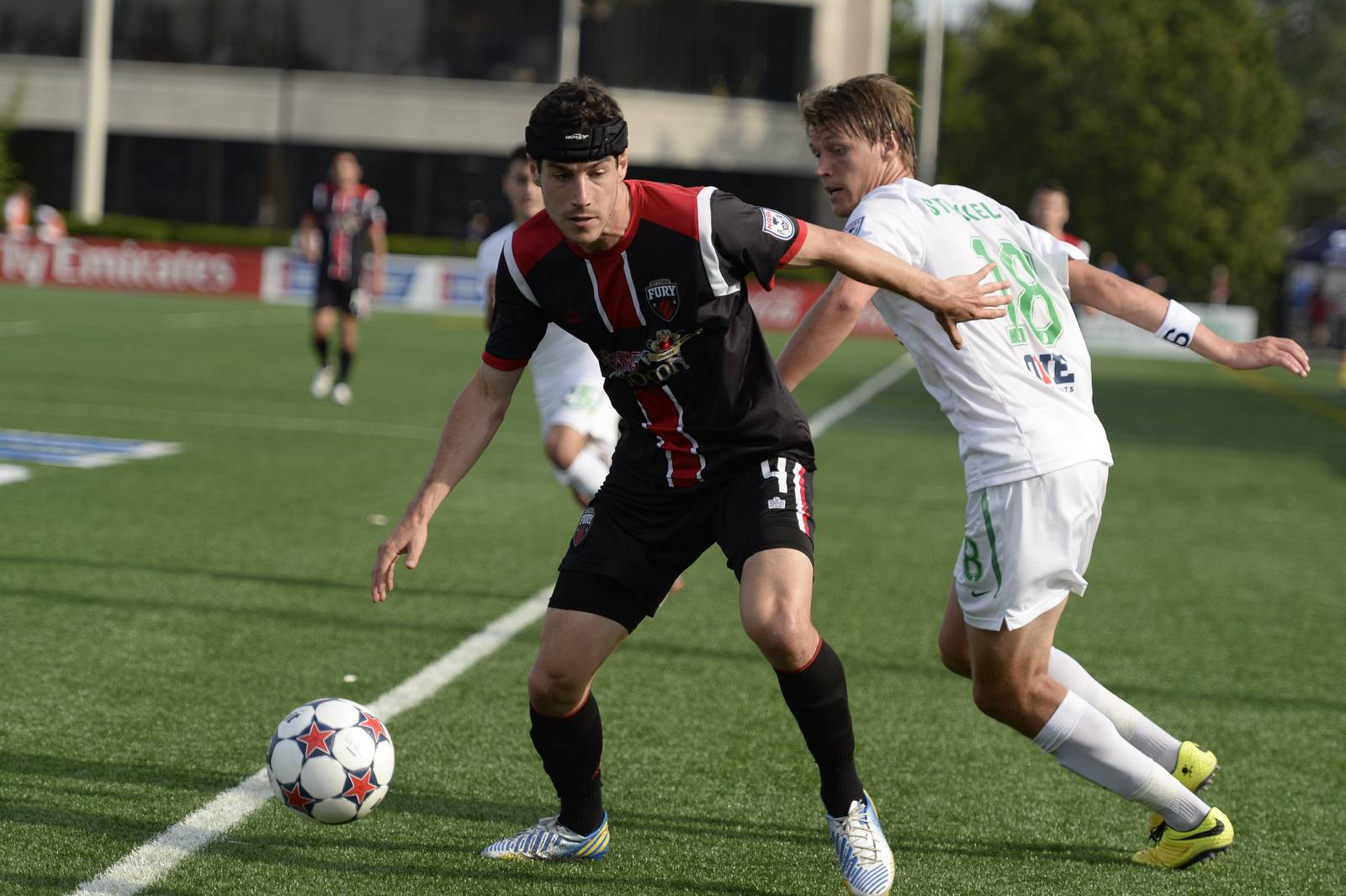 No wonder many NASL teams could compete on a level like MLS as many are absolutely loaded with stars.  Ottawa certainly has their share with veterans like Tom Heinemann, Julian De Guzman, and Sinisa Ubiparipovic. Beckie, the consummate teammate, has high praise for all three.

“They all bring an air of silent confidence that is important for myself and young players to learn from. You can't teach experience and those three definitely bring that to the team. Julian has been at the highest level playing the Camp Nou and hundreds of games in La Liga. He doesn't do anything that we can't do, but he does it in a consistent and clean manner that we all hope to get to. Tom brings a great work rate and determination. He's come back from a lot of injuries and continues to produce. Sinisa is a playmaker and someone we rely on for making things happen on the field. He is technically very gifted and someone we need to be successful as a team.”

Not only do they have talented players, the Fury have one of the best coaching staffs in all of North America.  The team is led by head coach Marc Dos Santos, assistant coach Martin Nash, goalkeeper coach Bruce Grobbelaar, and technical director Philip Dos Santos.  Beckie is quick to point out the strengths of the staff and why they have been so successful.

“Marc, Nash, Bruce and Philip have been great coaches. Marc is a coach you want to give your best work for. He is so passionate about his job and the game. He is honest yet supportive to develop one's game to the best of their ability. He is a great tactician and I have no doubt he will coach at the highest level one day. Nashy brings experience from a great career and is someone you can go to when you feel like you're not playing well or don't understand why you aren't playing. His success really is something we all look up to because he was part of the Canada team that won the Gold Cup in 2000. Bruce is a legend. He brings obvious experience and excitement to the team. He's a really great guy and gives us all confidence. Philip is just like his brother Marc and this is a great dynamic for the team. They're always challenging each other to be better and Phil's view of how we play helps us learn each day.”

The Fury’s talented group of individuals has helped bring about a revival of Canadian soccer, one that has seen new heights with this summer’s Women’s World Cup. Beckie has high hopes for the women’s national team program this summer, expecting the women to at least advance to the semifinals.  Beckie’s expectations for the future of the sport in his home country are even higher.

“We still have a ways to go for Canadian players to develop, but we are going in the right direction. I believe in ten years we will have qualified for a World Cup and done well to compete for a Gold Cup title. Canadian MLS teams will have developed even more Canadian players.”

With Beckie and the Ottawa Fury FC leading the way, the sky is literally the limit for the NASL and Canadian soccer as a whole.