Admiral claim to be the first company to produce replica football kits.Photo:

Get Shirty tells us the story of Admiral from its beginnings as a maker of nuns' knickers to its role in kick-starting a new multi-billion pound sportswear industry with their brand new strips.

Responsible for design classics and controversial kits like the infamous Coventry City brown away get-up, the Leicester firm claimed to be the first company to produce replica kits for kids to buy to look like their heroes.

The documentary features surprising anecdotes and recollections along with archive footage, illuminating a time when the now ubiquitous sportswear industry was in its infancy. Key members of the Admiral team - designer Lindsay Jelley, managing director Bert Patrick, and staff who made the kits reminisce about what happened. Players Peter Shilton and Mick Channon, who wore the kits, including the classic England World Cup '82 design, give their insights into what they were like to wear.

The firm started making football shirts in the wake of England’s 1966 World Cup victory, hoping to capitalise on a new wave of interest in the game. Its big break came when Bert and John chanced upon Leeds United training by the premises of a mail order firm they had just pitched to.

They managed to speak to legendary manager Don Revie and told him they could redesign their kit. He agreed they could pay £7,000 for the opportunity.

The company moved to the next level after England’s failure at the 1974 World Cup. Sir Alf Ramsey was fired, with Don Revie installed as the new manager. John says: “I had a call to ring Don Revie, I got him at home, and he said, ‘I don’t want you to mention this to anybody but I’m going to be the next England manager and I want a new strip.’” 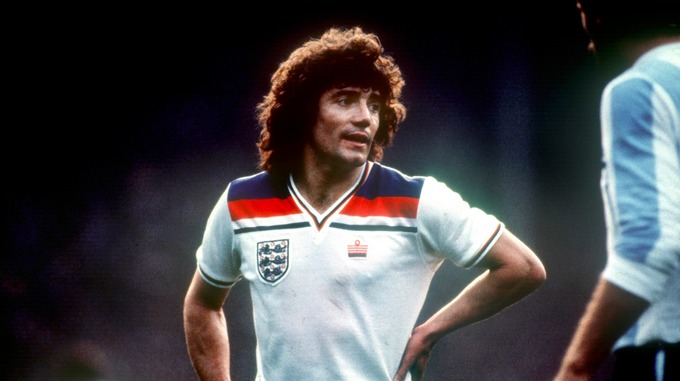 After the England deal, top clubs signed up for Admiral kits, including Manchester United, Spurs, Coventry, Norwich and West Ham. Author John Devlin says: “I think really the mid-’70s was Admiral’s baroque period if you like, it was just so lavish, so flamboyant. And there was an arrogance, there was a swagger, you’ve got collars, logo taping, stripes, sashes, yokes - West Ham’s famous yoke - just the perfect accompaniment to ‘70s football.”

As Admiral basked in the sunshine of being first to strike deals in England, their much larger foreign rivals Adidas and Le Coq Sportif started to take notice. Their rival kits, made in South East Asia, were produced at a fraction of the price of the Admiral strips. The company began to struggle - just as the game started to develop a reputation for hooliganism. Bert says: “I had a phone call from one of our directors to say that it was most important that I got back to Wigston because the bank were going to request me to appoint receivers, that was the death knell really.”

The firm was picked up by businessman Peter Hockenhull, and had a brief second wind. Peter says: “I love football, I was seduced by this industry, I was, absolutely. All of a sudden I’m in showbusiness, and I don’t say that lightly because the perception of Admiral was huge.” 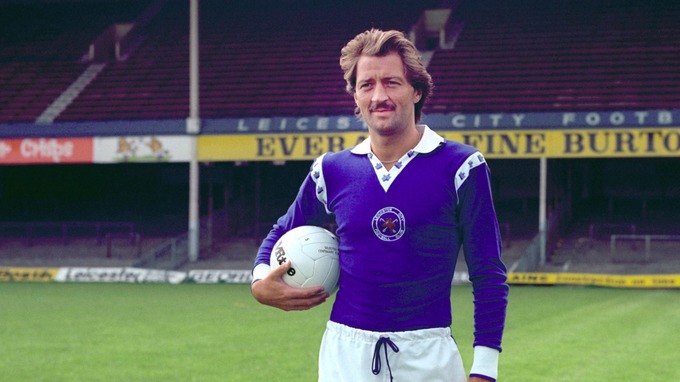 Before the 1982 World Cup, a second new England kit was launched, aiming to put Admiral back in the big time. While popular with fans, the polyester strip proved too hot for players during their game against France in Bilbao, when their sweat clung to the shirts and Paul Mariner lost 11lb in the sweltering heat. So designer Debbie Jackson was sent out with a new batch and instructions to sew the new badges on, within 24 hours, in time for the next game. Unfortunately, explains former England goalkeeper Peter Shilton, some of the badges weren’t straight. He says: “There was one nearly under the armpit, so not a great start from a kit point of view.”

England were knocked out of the World Cup in the group stage, and Umbro picked up struggling Admiral's kit contract. Peter Hockenhull says: “What was becoming more and more evident was that you needed millions behind you to take Admiral where you needed to go, and I was not this millions and millions.”

Yet what Admiral created grew into a massive sportswear industry, says John Devlin - and those retro brown Coventry City shirts now fetch up to £500 secondhand. He says: “Admiral’s first deal with Leeds was worth £7,000, and just recently Real Madrid signed with Adidas for £1 billion – the world’s first billion-pound kit deal. So now the biggest clubs in the world, the biggest nations in the world, huge amounts of income are given to them by their kit suppliers. What this little firm in Leicester created has rippled out throughout the whole of football.”