Kifi Kelani has been playing soccer for as long as he can remember. 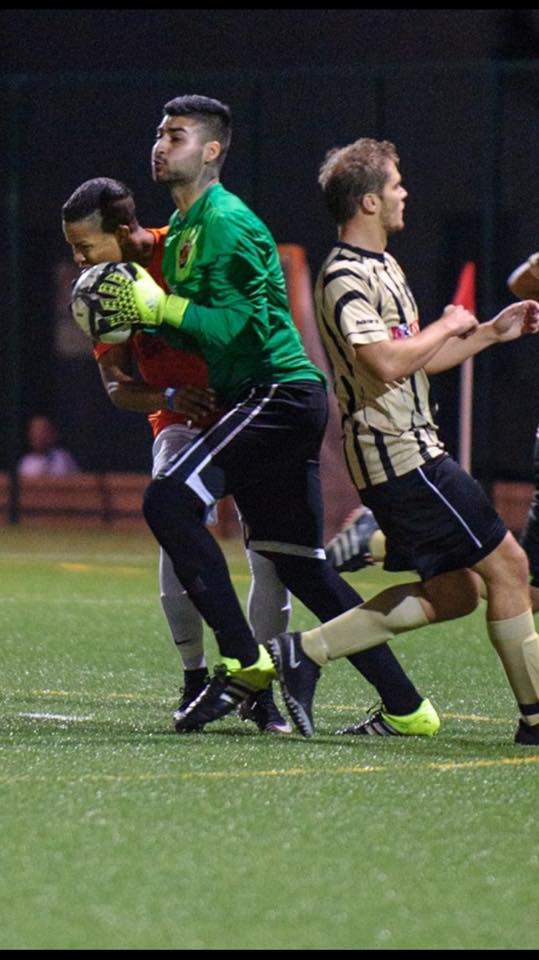 The love for the game was passed down to him from his father, who taught Kelani how to play goalkeeper at the age of seven. Kelani’s career started to take shape in high school, where he was named “Goalkeeper of the Year” during both his junior and senior seasons. It was accolades like these that caught the attention of the L.A. Wolves, who had begun scouting the young goalkeeper around that time. However, no offer was made and Kelani decided to continue honing his craft by playing at Long Beach City College. Unfortunately Kelani suffered a serious injury when he tore his meniscus one year into his college career.

After rehabbing from that injury Kelani began playing in Sunday league games to get back his match fitness. That was until he got a call from the team that had scouted him during high school. The L.A. Wolves had always been interested in the young keeper, not only for his skill, but also for his maturity on and off the field.

It’s beginning to pay off for the Wolves as the 20-year-old keeper had arguably his biggest game of his career against a strong Cal FC side. Kelani made 10 saves in the U.S. Open Cup match and helped the Wolves to a 2-1 victory.  Cal FC is one of the great “giant killers” of the Open Cup, only the second amateur team in tournament history to beat an MLS team without penalty kicks.

Playing for the Wolves has been a special experience for Kelani.

“It has been a huge honor to don the crest of a club like the L.A. Wolves.  It has been over a year since I’ve joined the team and I can only say that I am growing not only as a player, but as a person as well. I am playing alongside some great players and coaches who help me get better every single time we step out onto the pitch. My goal is to get better and learn every single day so that I can get scouted by bigger clubs, hopefully fulfilling my dream of playing in the MLS. I am so grateful for the opportunity that has been presented to me.”

L.A.Wolves manager Yan Skwara has watched Kelani grow over the last year and is quite happy with his progress.

“Kifi has been a clutch component to the Wolves becoming the club that they are today. He continues to develop on and off the field. There is no doubt that he has the ability to play at higher levels. We completely support him and his desire to play professional football. He made some incredible saves in our U.S. Open Cup match this past weekend and kept us in the game which is his job. He’s been working hard all year and has what it takes to play at a high level. We are extremely proud and happy to have him on our team.”

The sky is the limit for the Kelani and the Wolves as both assuredly have some great times ahead.  It’s truly an exciting time to be associated with the UPSL.