Tim Melican was inspired to bring professional soccer to the city of Lowell, Massachusetts.  He was able to make this dream a reality thanks to hard work, lots of time, and the help of fellow co-owner Manny Andrade.  The end result is one of the top clubs in the New England market, Greater Lowell United FC (GLUFC). 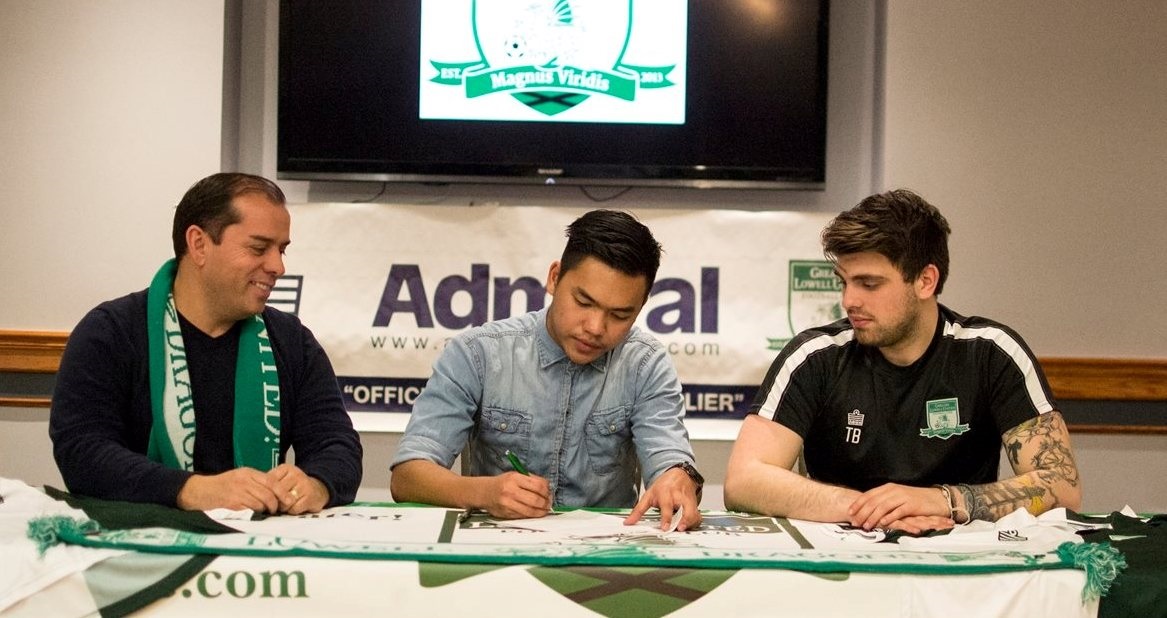 “What drove me to help Tim with his dream was the possibility that an inner-city kid can have an opportunity to make it to the highest levels of pro soccer without spending money on high-priced academies and having to spend tens of thousands of dollars in college just to be one of many that don't get their fair shot,” Andrade said. “GLUFC provides that platform for that ‘diamond in the rough’ to shine and be recognized.”

And what a platform it is thanks to the club’s early success.  They are one of the best teams in their local state leagues and showed great promise in their inaugural year in the National Premier Soccer League (NPSL). 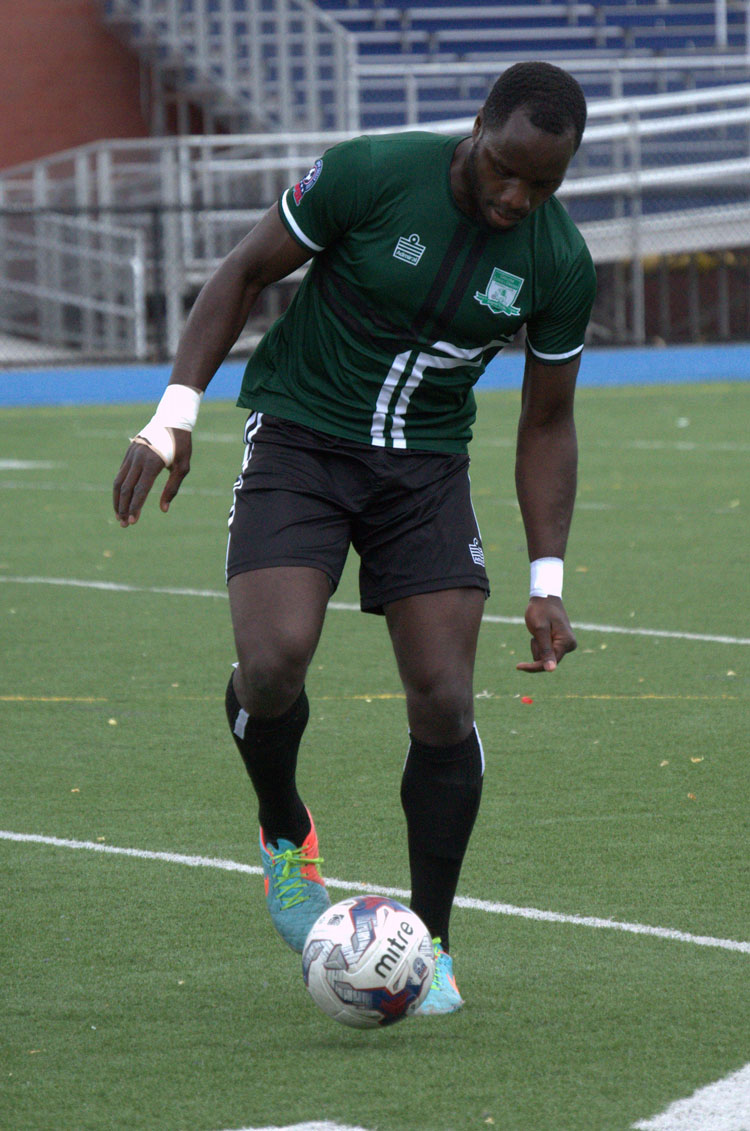 And they have big things planned for 2015.  The year has started with a bang due to GLUFC winning the Falcon Cup, giving the club a nice piece of hardware to get things going.  It’s certain to be one of many due to the good work that is happening on and off the field.

The NPSL squad is buoyed by the return of several standouts from 2014, including Yaw Addow, John Dumbuya, Carlos Monteiro, and Sam Manning.  They are joined by a number of high-profile international players including Wesad Reko (Iraq), Praphoasnak Sen (Cambodia), and Gabriel Rojas Perez (Venezuela) as well as pair of Brazilians, Vinicious Passos Brazil and Felipe Fegundes.  Even the USL’s Rochester Rhinos came calling for Fegundes, who chose GLUFC instead, a sign things are going very well indeed.

The coaching staff now includes head coach Luis Costa and assistant coaches Theo Booras, Andrew Mattarazzo, and Mike Correa.  Costa has a tremendous reputation in the New England soccer community, giving the club a boost in terms of exposure.  The club also boasts a new co-owner with Andrea Gauntlett, who joins Melican and Andrade as leaders of the club.

Everything is in place for the Dragons to make quite a run in the NPSL.  Getting into the playoffs is a logical next step, but they have set their sights much higher.

They are now taking steps to make a move to a higher league a real possibility.  That and talks with local investors about building their own stadium would really change the dynamics for soccer in the greater Lowell area.

Strong partnerships have been a big part of the organization’s success, none bigger than their relationship with Admiral.

“We chose Admiral because no other brand represents the sport of soccer more than Admiral,” Andrade added.  “When you think of the Premier League and European soccer of the 70's and 80's all you see is Admiral.  Admiral represents everything that is soccer.”

The initial decision to choose Admiral was an easy one from the start thanks to the brand’s positive qualities. 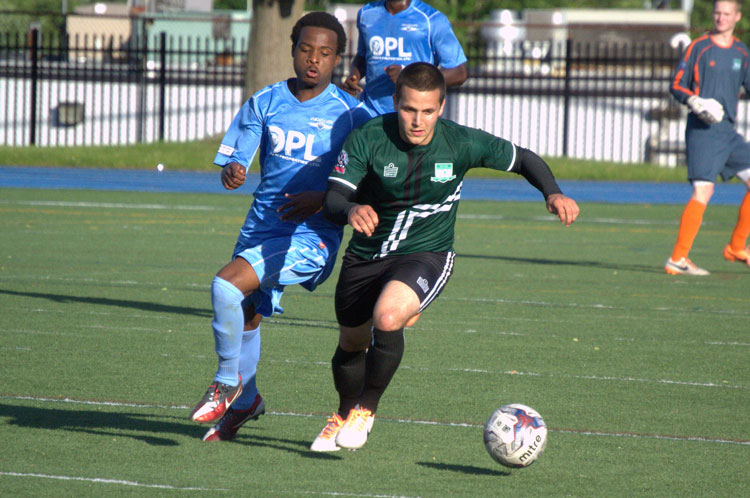 “We have benefited by having our kits our way,” Andrade concluded.  “We have custom designed kits that suits the personality of our club.  We deal directly with Admiral and don't have to deal with any ‘middleman’ so ordering anything from Admiral is very pain-free.   Obviously their prices are unmatched by anyone in the business.  They have bent over backwards to oblige any request that we have asked of them. Our players and coaches look very professional wearing Admiral. We are very proud to represent Admiral and wear their brand.”

And GLUFC is doing a great job representing the Admiral brand as they move forward in their soccer journey.  And this is just the beginning of that journey and the sky is literally the limit for a club that has everything moving in the right direction.  Growing the game in their area will certainly have a ripple effect on the rest of the region.

“New England is a hotbed for soccer,” Andrade concluded.  “The sport has grown substantially and has become more competitive.  I have been here in New England since I was 12 years old and I have seen soccer grow and the talent of players getting better and better each year.  I believe if we can cultivate and develop young talent that in the next 7-11 years USA soccer will bring home the World Cup.” 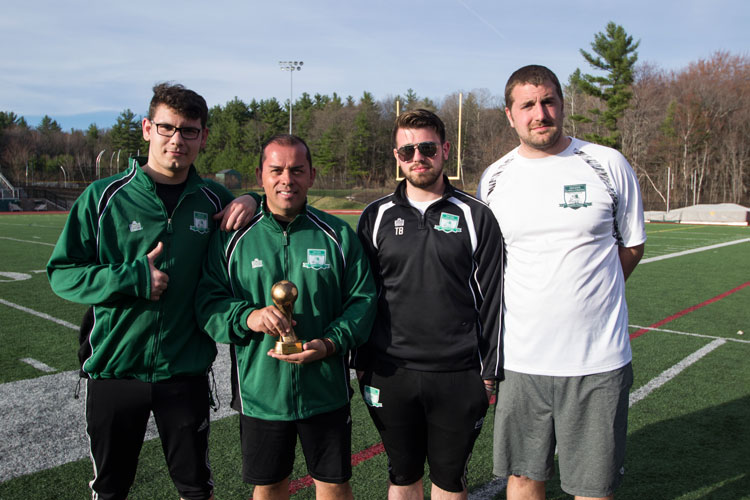