Nashville FC, a new member owned organization, launched their new team kit made by Admiral® the club’s official team uniform supplier. The team play in the Southeast Conference of the NPSL, the fourth tier of US soccer and one of the largest leagues in the United States. Nashville FC is unique in the NPSL (and indeed, in the US) in that they are a supporter owned club, much in the way FC Barcelona or Boca Juniors are.

The home kit has Gold stripes on a white jersey with white shorts and socks.  The away kit has silver and steel stripes with silver shorts.  The kit features Admiral's VAPORDRAW fabric a soft interlock knit that moves moisture from the inside of the fabric to the outside for quick drying.  The fabric is sublimated which allows for full-color, photo quality logos for more vivid details & color.  I also allows for completely custom kits to be made faster for the club.

The left chest features the club crest in navy, which is taken from the colors of the state flag. ‘NFC’ is centered around le fleur de lis in a traditional circular crest. Each of these elements also ties the club to its local roots: the circular crest reflects the city’s musical heritage in that it adopts the shape of a record, and le fleur de lis is taken directly from the City of Nashville seal. The right sleeve features the NPSL league logo. 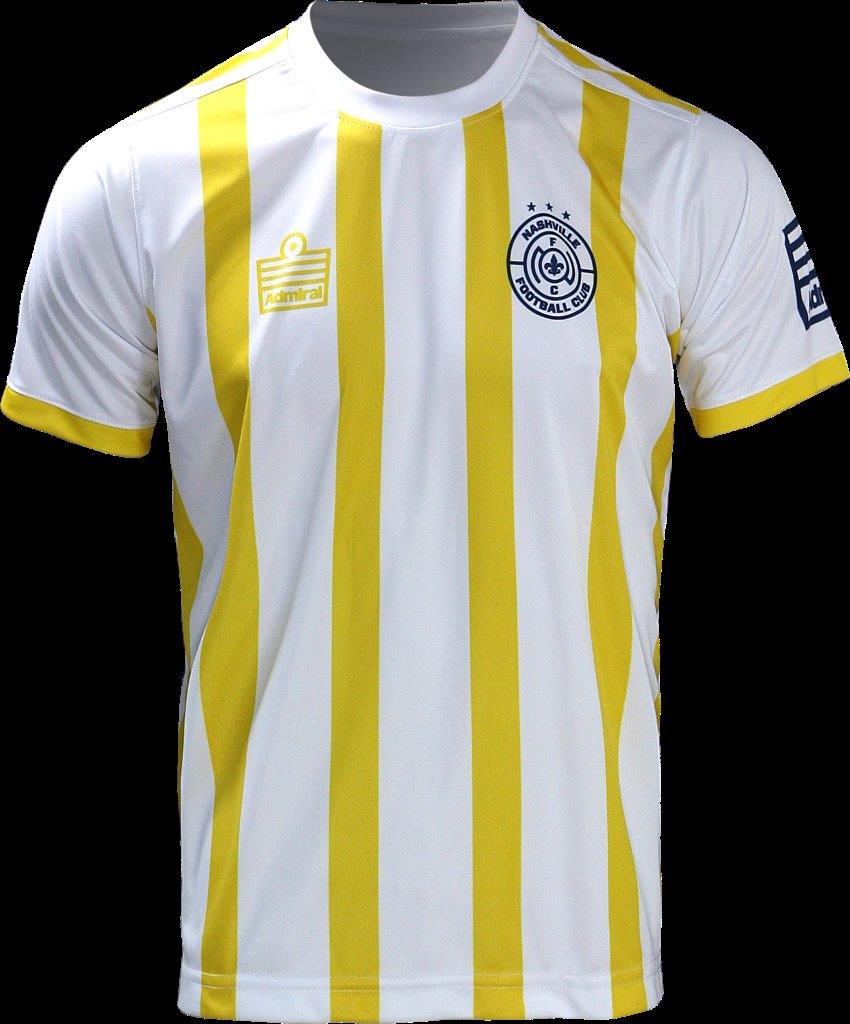 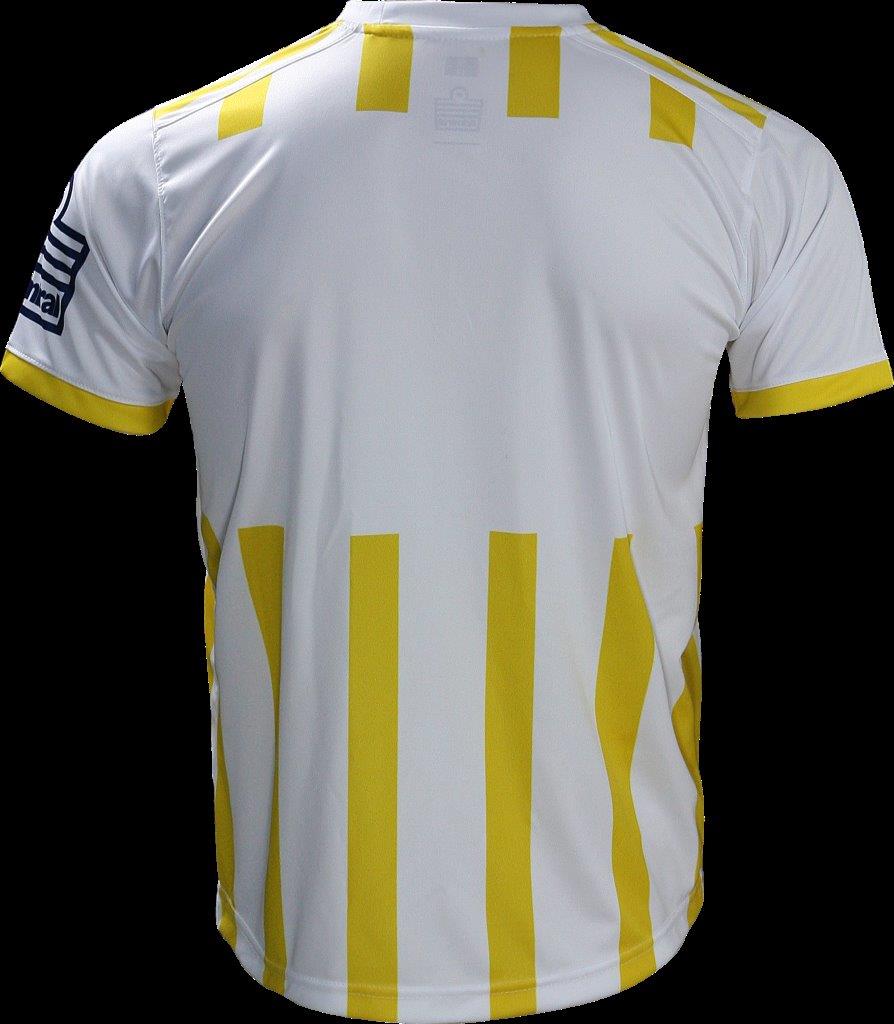 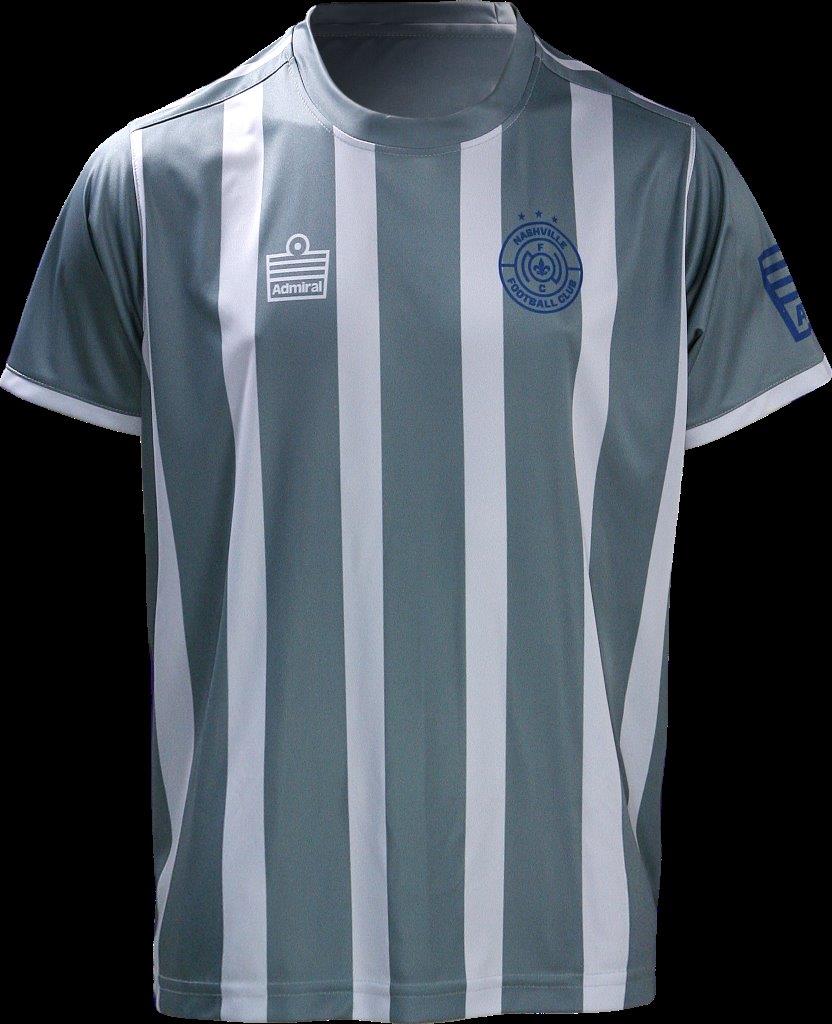 The new kit provided by Admiral is available for purchase online. Here: http://admiral-sports.com/shop/admiral_en/catalog/category/view/id/121?club=214