Nashville FC represents one of the best soccer stories in recent memory.  A supporter-owned club experiencing success is a great storyline, but the fact that the club is here in the U.S. makes it that much more special.  Supporter-owned clubs are more commonplace in the United Kingdom with F.C. United of Manchester, AFC Rushden & Diamonds, and Ebbsfleet United each showing how the supporter-owned model can be applied in a positive way. 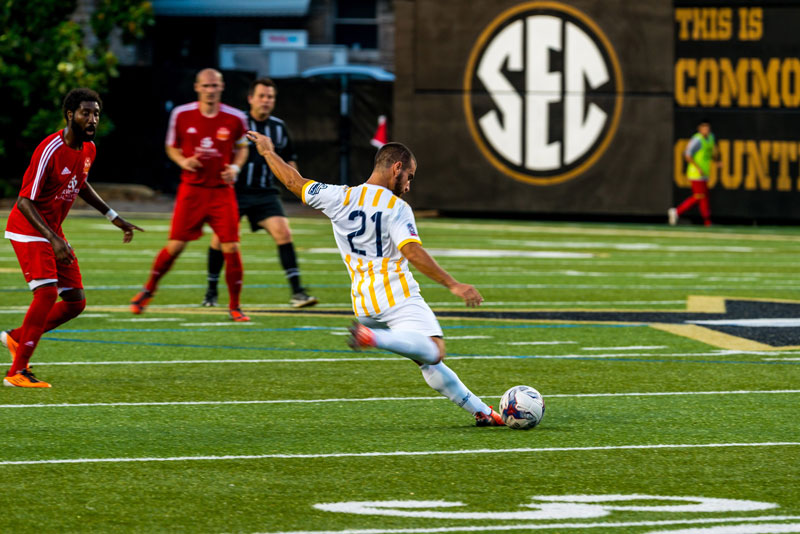 Nashville FC has been a tremendous success thanks to its truly grassroots approach to the beautiful game.  Over 800 people from across the globe have become members and the board and staff are all volunteers.  Why do supporters become members? Because they have a direct say in the club’s major decisions.

It all started with the club’s president, Chris Jones, who came up with the idea of creating a supporter-based club.  The concept immediately took off and an MLSSoccer.com feature certainly didn’t hurt.

The end result is success on and off the field, starting with the very first home match.

“Our biggest moment from the inaugural season was our very first home game at the Vanderbilt Soccer/Lacrosse Stadium,” Nashville FC Communications & Public Relations Director Elise Fox stated.  “About a half hour to game time, we had a line out the parking lot of fans waiting to buy tickets, and nearly sold out the stadium. It was an unexpected yet incredible sight to see the soccer community come together.”

This match set the standard for the season, which ended with a playoff loss for Nashville.  It was an incredible feat for an expansion team to even emerge from the competitive Southeast Conference and into the postseason.

The club has their sights set even higher for 2015.  They have moved into the expansive Vanderbilt Football Stadium in an effort to accommodate their ever-growing fan base.

There is plenty of reason for excitement on the pitch as well.  Bryan Johnson and Kyle Roelke return to lead the coaching staff for the 2015 season. They are often described as “a dynamic duo” thanks to their passion and community involvement.  2014 standouts Elliot Goodwin and Luke Gearin will lead the squad with newcomer Liam Collins expected to make a major impact.

But he NPSL is just the beginning for a club with major aspirations.

“We hope to continue the growth of soccer in Middle Tennessee, and eventually hope to take our club to the next professional level in 2016,” Fox concluded. “As for this season, we hope to win the Southeast Conference. Long-term... MLS in Nashville.”

Simply put, it is an exciting time to be a soccer supporter in Nashville.