The Rochester Rhinos are off to a hot start in the 2015 USL season.

One of the reasons has to be the play and leadership of former University of Wisconsin-Green Bay standout Tony Walls.  To call him versatile is a bit of an understatement as the Wauwatosa, Wisconsin native has literally played a half dozen positions during his time in Rochester. 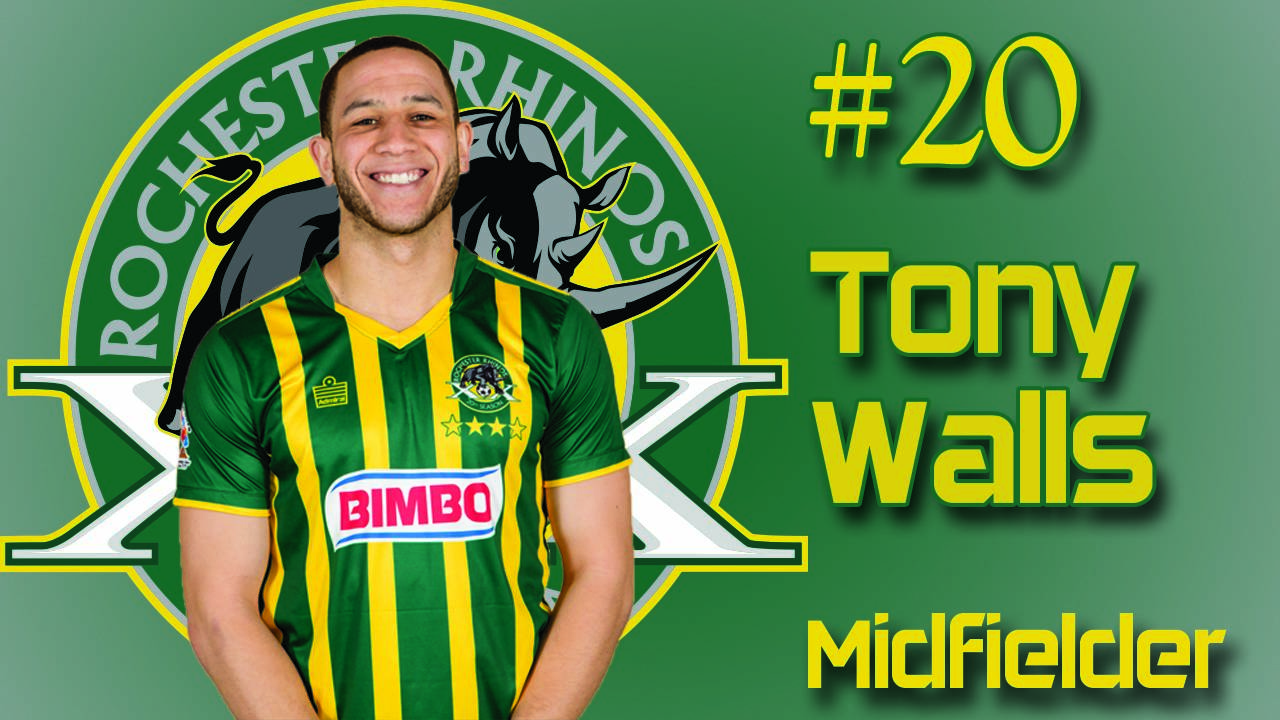 “As you can see, last year with the Rhinos I was asked to play central defender, left defender, right defender, central midfielder, attacking midfielder, and at times up top,” Walls commented.  “I would recommend to any up-and-coming player to not only focus on their ‘main’ position, but to take the time to observe and experiment with different positions as well.”

Before turning pro, Walls was an absolute star in the Premier Development League (PDL), playing with both the Michigan Bucks and the Chicago Fire.  Walls admits that playing there was an important step in his career.

“I was fortunate enough to play with some of the best college players in the country, so naturally I was forced to raise my level of play.  Many college players take the summer, but instead I chose to put myself in an environment with the best players possible and I think that’s important to any aspiring pro player.” 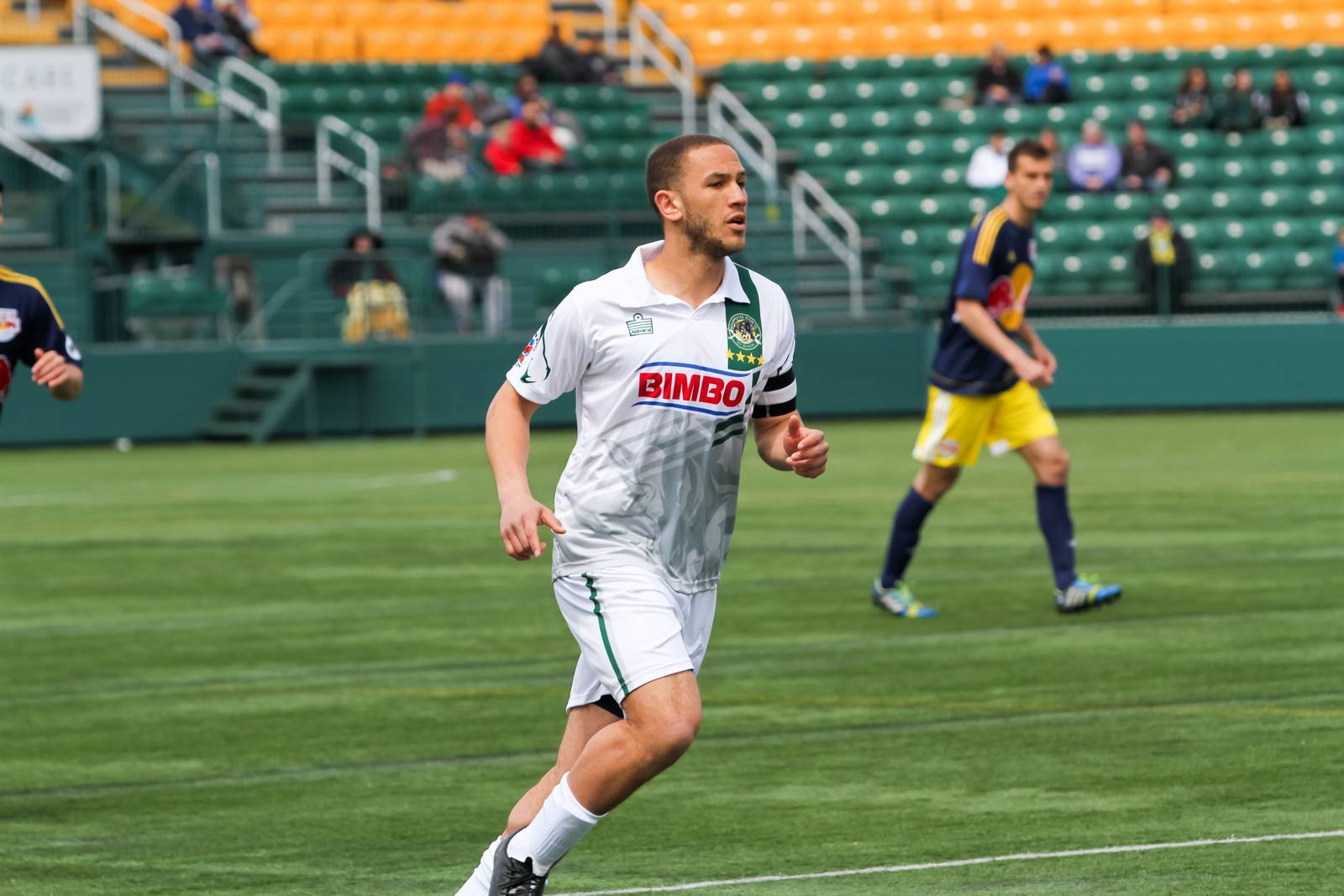 A natural athlete, Walls was also an incredible basketball player. That athleticism is still with him on the pitch as his best qualities are clearly seen by all.

He is an absolute beast when it comes to ball winning. That likely comes from that basketball background and his competitive nature.  He is best known for his intensity as well as his passing ability, pace, and work in the final third.

It’s no wonder that Major League Soccer (MLS) came calling for this talented player.  Walls’ journey to MLS was not an easy one, especially when he fell to the Supplemental Draft.  There was no concern about his talent, but he did not come from a soccer powerhouse, but rather a small program from his home state of Wisconsin.

Getting selected by the Chicago Fire was an “amazing feeling” for Walls, who started all 10 of the Fire’s 2012 MLS Reserve League matches in addition to playing in friendlies against Aston Villa FC and Club Santos Laguna. 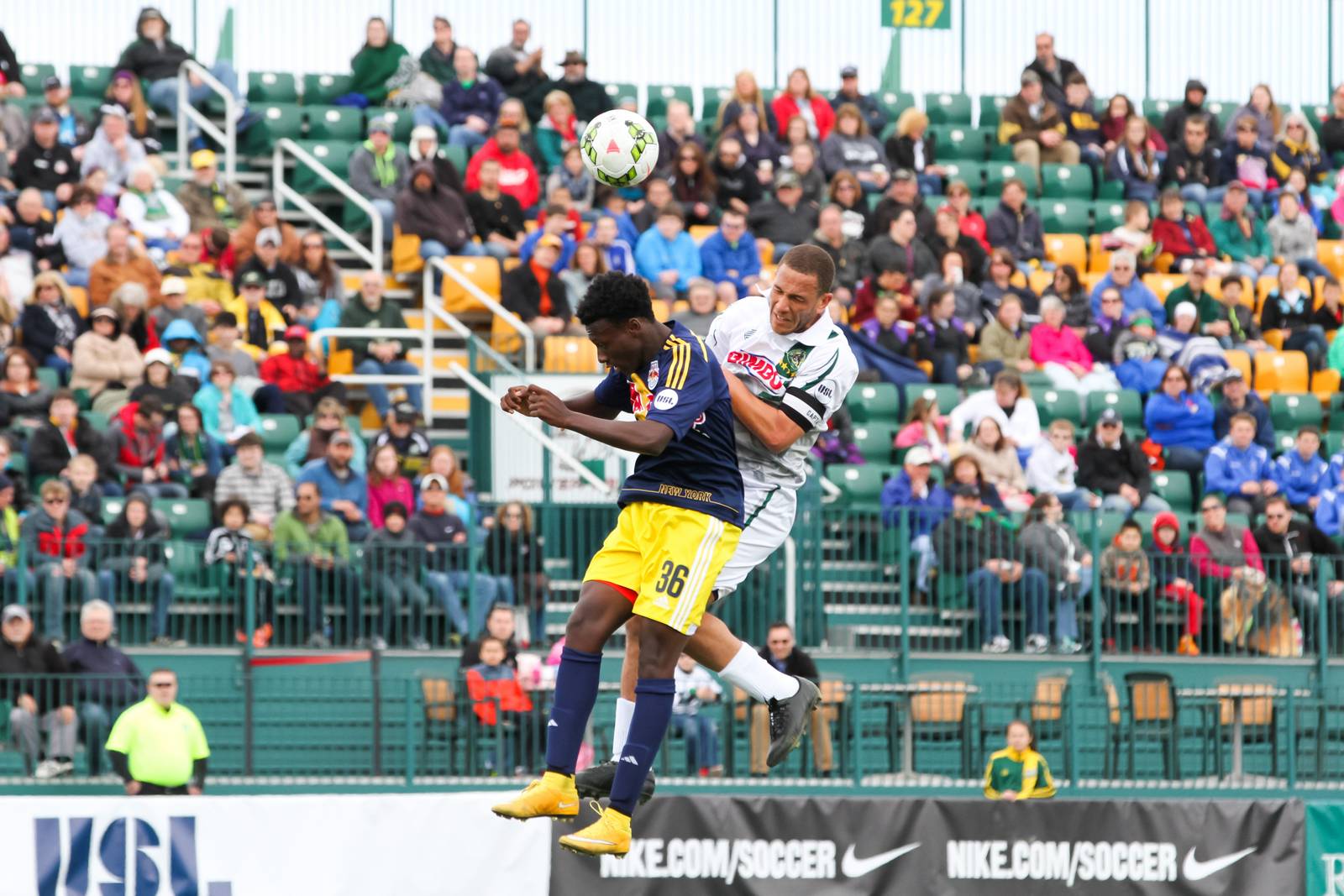 After leaving the Fire he would star for indoor side Milwaukee Wave.  His time in the indoor game was certainly crazy, but helpful at the same time.

“It can be a hectic game at times, but it has definitely grown on me, and I have grown to appreciate it.  It’s crazy how many similarities I find between the indoor game and basketball. I love it.  The indoor game has definitely benefitted me in many ways: accuracy, quality, and technique in and around goal as well as with my passing. You naturally get better with these situations because of the amount of repetitions you are getting at practice and in games, along with the confined space and smaller goal you are working with.”

His success with the Wave put him back on the soccer map, earning him a major USL contract shortly after.  .  Interestingly enough, Walls discovered that the difference in the quality of play between MLS and USL to be a lot less than most people believe.

“I think one of the biggest differences is, simply consistency.  Whether its consistency of the proper mentality, decision making, quality, finishing, technique, or speed of play is depending on the personnel, but I think with my year with the Fire, and one and a quarter here at Rochester, that’s the biggest difference I noticed.  Each league is loaded with quality players in all positions.  It’s just that consistency that separates the two levels.” 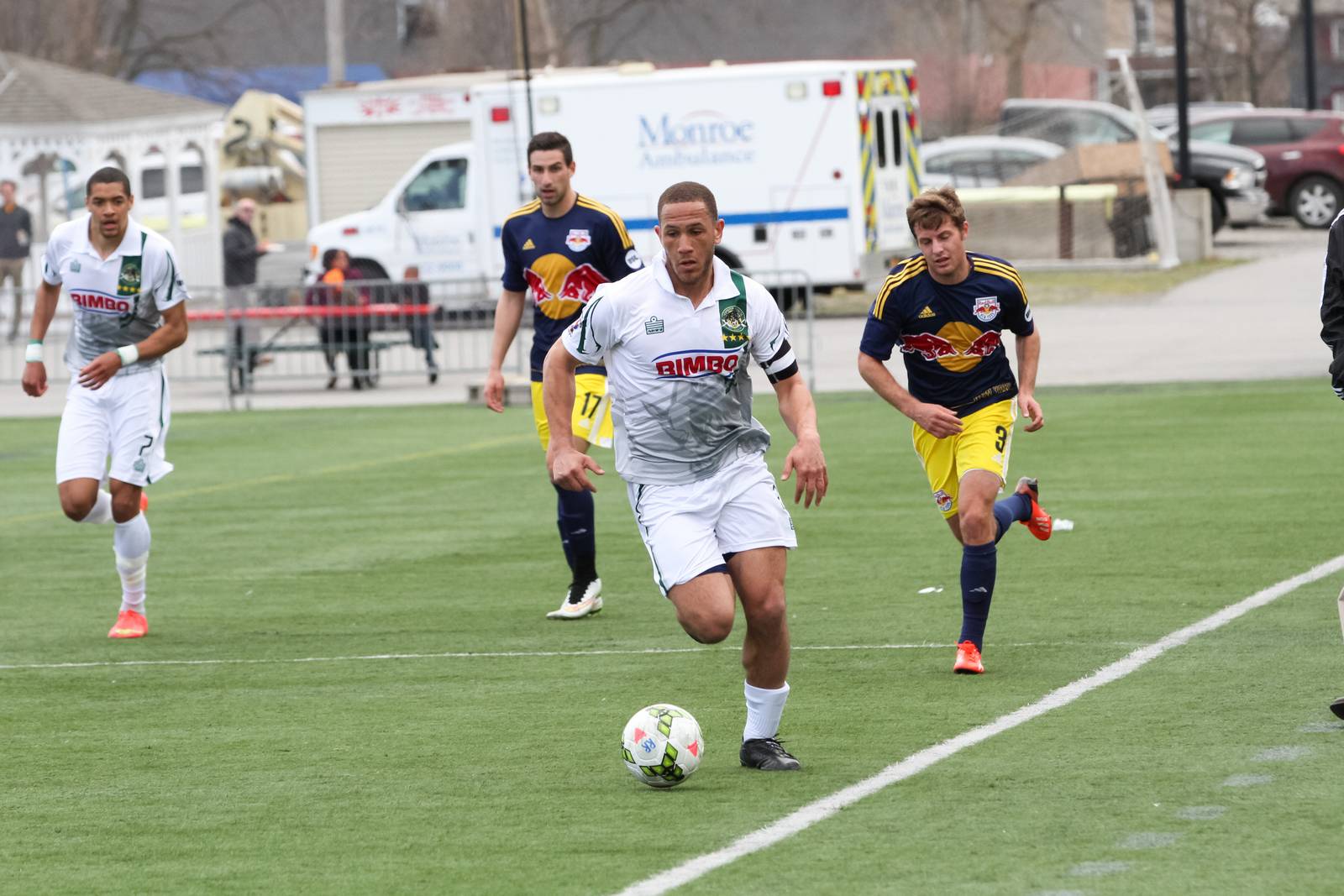 Playing for a top-level side like the Rhinos was a huge bonus as everyone knows that Rochester has been the epicenter of USL soccer for many years.  Walls was very thankful for such an opportunity.

“It’s really a cool setup here in Rochester because of the rich history and committed fan base.  I think anytime you’re a part of an organization like that, at any level, I think it drives you to work even harder, because you know you’re playing for something much bigger than yourself, your team, or the coach.  So as a player, especially a younger one, it’s a great environment to grow as a professional player, and even a person because of how involved the team is in the community.”

His presence in the midfield and defense has made a big impact, particularly this season.  The Rhinos are currently one of the hottest teams in all of American soccer.

“We are very organized as a team defensively, and tough to break down.  Three goals allowed in 720 minutes of soccer is exceptional at any level.  On top of a pesky defense, we are creating a lot of chances, significantly more than we did last year.  I think we’re second in the league in shots per game, so we have quality going forward as well.   On top of that, we are still bitter from last season and the way it ended, so we not only want to make the playoffs, we want to win something and bring the winning ways back to Rochester!” 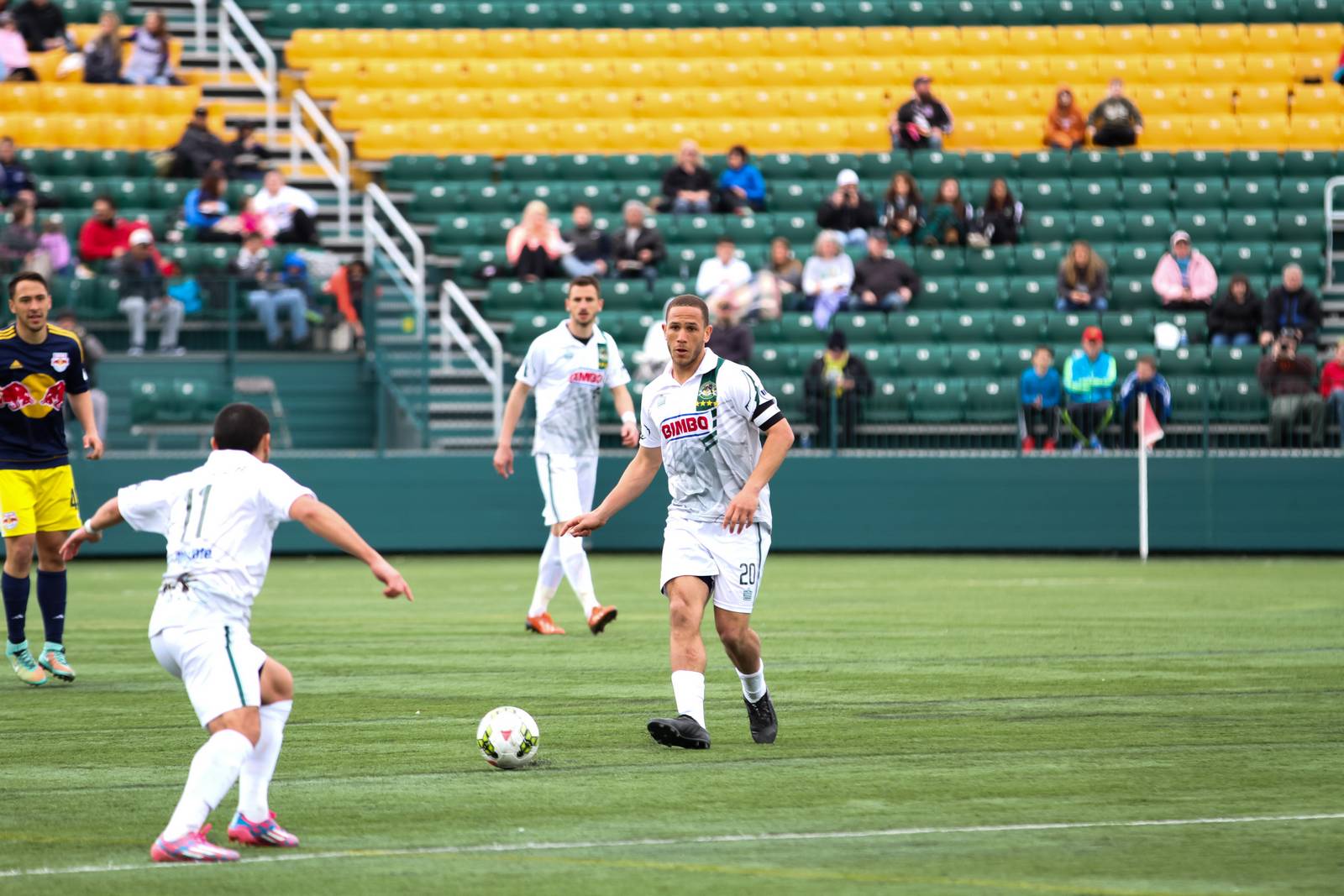 Bringing the winning ways back to the great city of Rochester got a whole lot more likely when the Rhinos signed Walls, one of the great athletes found in American soccer. His passion, intensity, and skill set give them a chance to win every time he steps onto the pitch.  He is that kind of player, an impact player of great proportions.  Just ask Bob Lilley, head coach of the Rochester Rhinos.

“Tony has been a workhorse in the midfield for the past two seasons.  His versatile skill set allows him to be an exceptional ball winner who also has the talents to help us in attack.  He generally is the first name put on the team sheet and consistently wins his battles in the middle of the park."

Simply put, Tony Walls is the kind of player that every successful team needs.  And he is going to take the Rochester Rhinos to all new heights and hopefully a championship.