"Stark County, Ohio is the birthplace of American football and the home of the Pro Football Hall of Fame," International Soccer Network, LLC founder Gary L. Moody Jr. stated.  "But for one weekend in July, it will be the destination for the best soccer in North America." 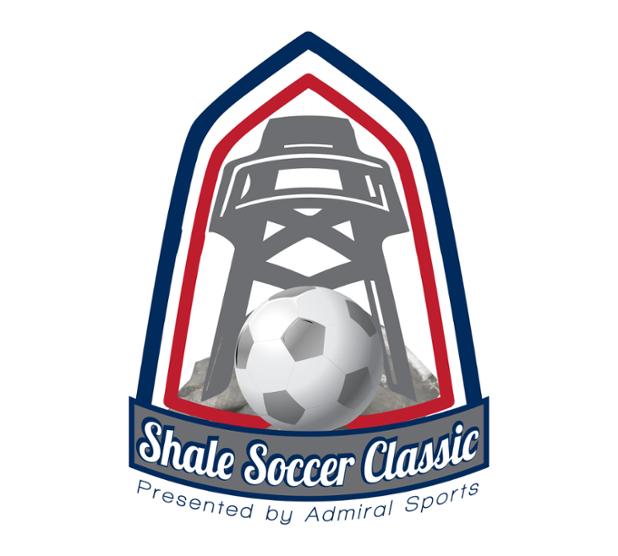 Training and other events will take place on July 24th.

The Shale Soccer Classic is made possible by the generosity of Admiral Sports, the presenting sponsor for the event.

"We are tremendously excited to partner with Admiral Sports," Moody added. "They are a truly iconic brand worn by some of the biggest names in the world of soccer.  Manchester United, the England national team, and the New York Cosmos have all donned the Admiral kit at one point in their history.  Now our players are going to benefit from wearing the best in the business."

Admiral has supplied most of the current English Premier League (EPL) teams in addition to being the largest brand in the original North American Soccer League (NASL).  Admiral has grown into a major player in the North American market, becoming the second-largest soccer brand supplying professional teams in the U.S.

“We are proud to be working with International Soccer Network and the Shale Soccer Classic,” Admiral Sports CEO Paul Hamburger concluded. “We’re looking forward to seeing talented players from across the country compete in a unique custom kit provided by Admiral.”

Tickets are just $10 and will be good for entrance to all three matches.  The Shale Soccer Classic Presented by Admiral Sports can be found online at www.shalesoccer.com or on Twitter (@ShaleSoccer) and Facebook (www.facebook.com/shalesoccer).