Watching an English Premier League U10 Academy team train the other day vindicated my belief that soccer is a sideways on sport. Often the players who were moving into a space to receive the ball did not check straight to the ball carrier (as on the left) but checked at an angle so that they could look over their shoulder to see if they were being followed by a defender (as on the right), which is more difficult if a player checks straight to the ball.  This is an aspect of Brazilian soccer I like very much and would encourage coaches to develop exercises which teach players the two habits of checking at angles to the ball and looking over their shoulders continually. 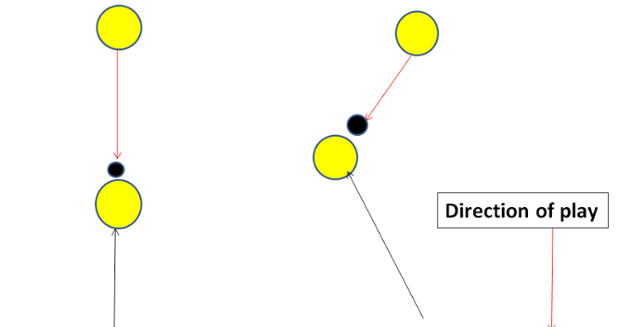