Admiral Sports is proud to announce that they have agreed to a strategic partnership with Solano United.

“We are excited to continue to build our presence in California,” Admiral Sports CEO Paul Hamburger stated.  “First it was the UPSL, then NorCal Premier, and now we are seeing more and more member clubs join the Admiral family.  We are thrilled to work with a great organization like Solano United, knowing that they put kids and soccer first.” 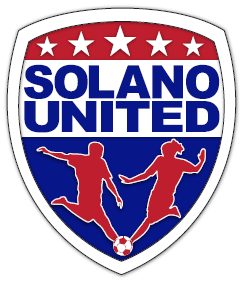 Solano United was created by the merger of Fairfield Suisun Youth Soccer League and Solano Soccer Club.  The result is an organization with 1500 recreational players and 250 players from 15 teams on the competitive side.  The organization’s technical staff is led by Director of Coaching Christopher Malenab, who is an assistant coach with the USL’s Sacramento Republic.

“Solano United is excited,” Solano United President Archie Fokin added.  “We believe the unique branding abilities Admiral has designed for us will truly unite and promote growth of both our recreational and competitive teams.”