Following an outstanding college career, University of San Diego and Temecula FC player Keegan Smith will have a chance to showcase his talents for professional scouts after being invited to the 2016 Major League Soccer Player Combine. 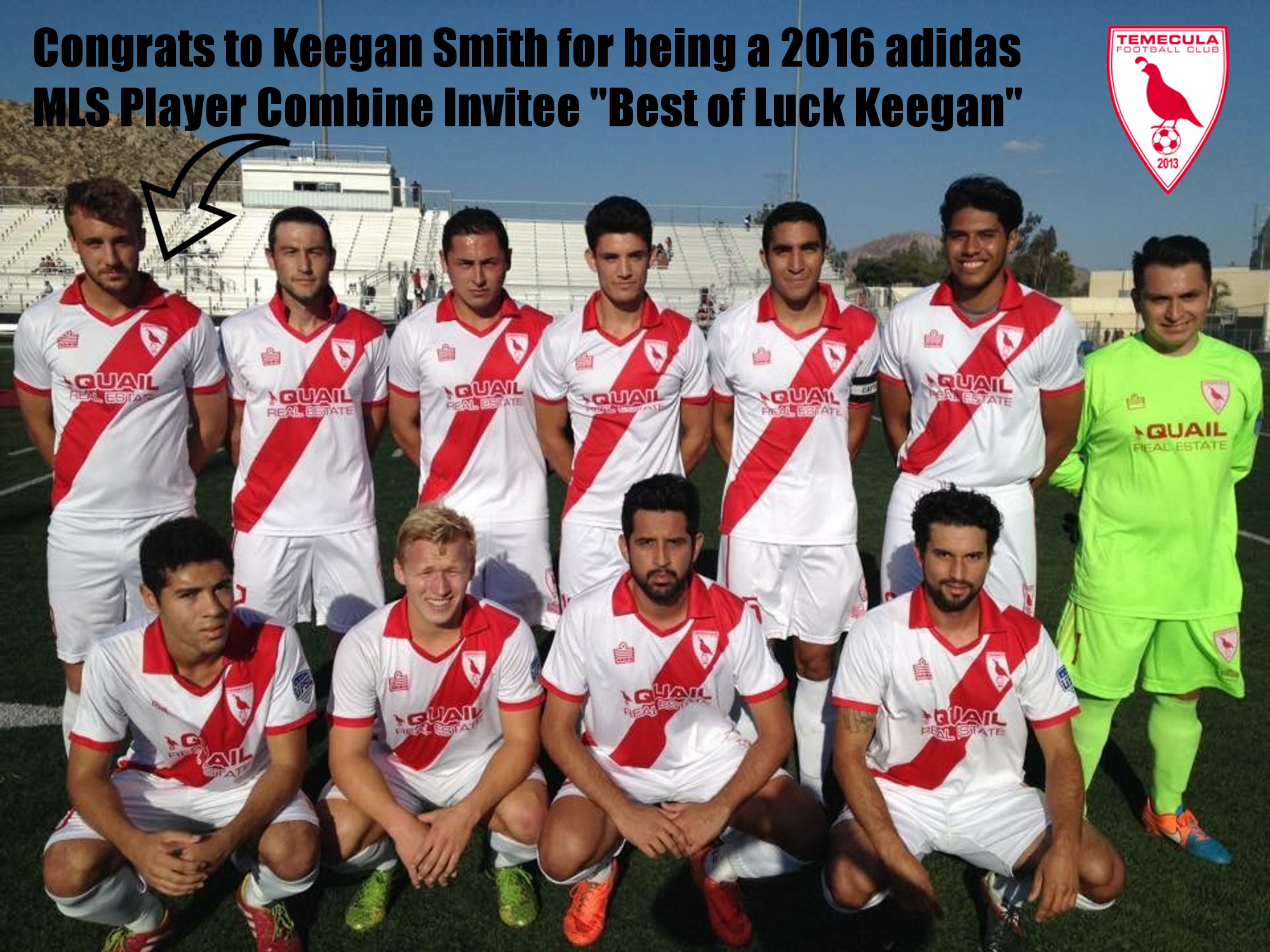 The Temecula, CA native is one of 59 NCAA Division I college players participating in the event in Fort Lauderdale, Fla., from Jan. 7-12. Invited players will be eligible for selection in the 2016 MLS SuperDraft on Thursday, Jan. 14, in Baltimore.

"This is huge for Keegan," coach Brandon Jantz said. "This is a great opportunity to become a professional soccer player and be under the eyes of MLS, NASL, and USL coaches."

The West Coast Conference (WCC) Player of the Year, Smith was the Seahawks' leading scorer with 17 points (3rd in WCC), scoring seven goals with three assists and led the team with 52 shots (tied for 1st in WCC). He was 2-2 in penalty shots and scored two game winning-goals while earning NSCAA Far West All-Region second team honors. Smith, who started 50-of-52 career games for the Toreros, finished his career with 13 goals and six assists.

A committee of MLS coaches and NCAA Division I coaches from each conference selects the invitees, all of whom completed their college eligibility this season. Additional invitees will be announced in the coming weeks.