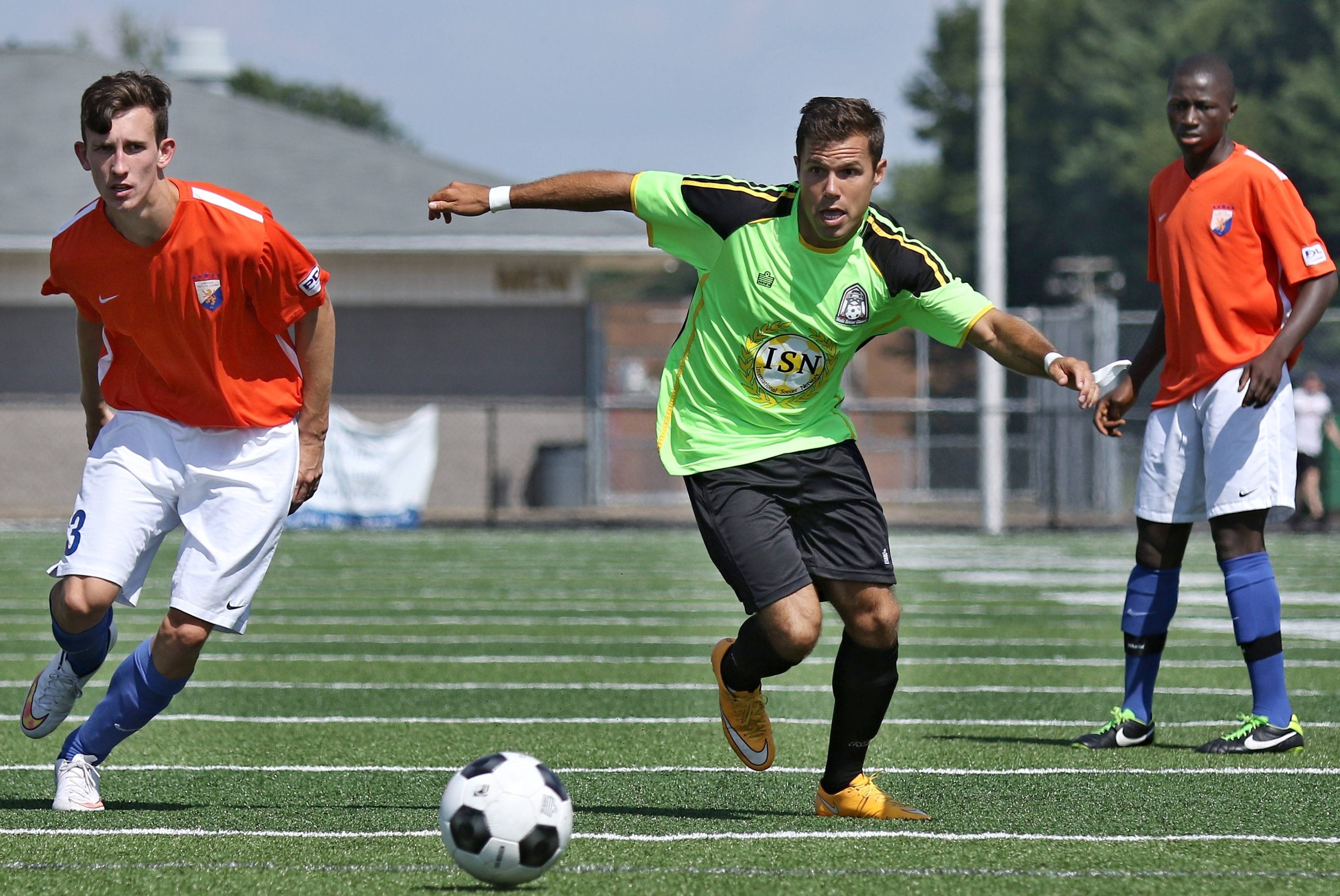 The first event of the Shale Soccer Classic Presented by Admiral Sports at Perry High School in Massillon, Ohio was the girls showcase. In a game featuring the top high school talent from all over Ohio along with across the country facing off, the Cleveland/Canton United defeated Mercy Medical Center FC with a final score of 8-0.

“I wish there were more events like this,” Cleveland/Canton United All-Stars head coach Drago said.

The game got start off to a quick start for Cleveland/Canton United and they would never look back. A through ball was lofted over the Mercy Medical Center FC defense and the ball was quickly deposited for the first goal.

United would continue by controlling possession, consistently forcing turnovers and turning them in to opportunities of their own, frequently losing their markers and taking advantage of one on one matchups and beating the goalie. Cleveland/Canton quickly took a 3-0 lead in the first fifteen minutes. 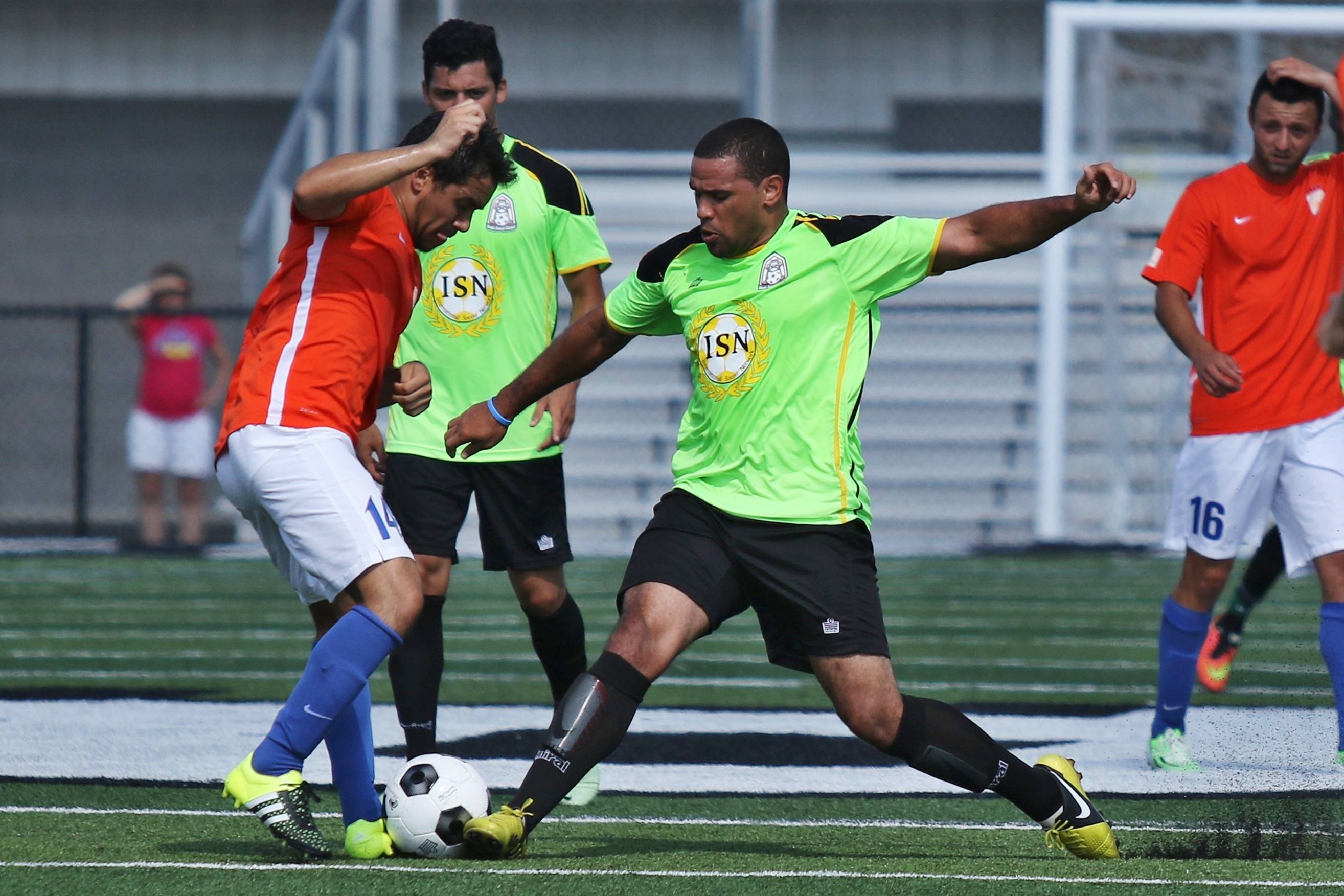 The two teams would settle down, with Mercy FC gaining more control over the game in the middle of the first half. With under ten to go Cleveland/Canton would tack on yet another goal, this time after the ball was played out wide, and the volley off of a nice cross found the back of the net, making the halftime score 4-0 in favor of Cleveland/Canton.

The second half brought much of the same, and after a pair of goals from Catie Corrigan, Cleveland/Canton would go on to equal their first half scoring mark in the second, while Mercy FC was kept off the scoreboard, all resulting in an 8-0 victory for the Cleveland/Canton United All-Stars.

The girls showcase was followed by a professional soccer exhibition.

The second installment of three during the Shale Soccer Classic was an exhibition match that pitted the Dayton Dutch Lions against ISN FC. The game saw both teams getting big chances, but in the end, ISN FC capitalized on one more than Dayton, and came away with a 2-1 victory.

The first half saw Dayton control most of the play and have many chances. Most notably Irakli Khutsideze, who cut back, lost his defender, and put the ball on net. Unfortunately for the Dutch Lions however, the near post try was stopped by ISN goalie Chase McQueen and the chance was squandered.

The half ended with the two teams unable to capitalize on chances, and the Dayton Dutch Lions were tied at 0 with ISN FC. 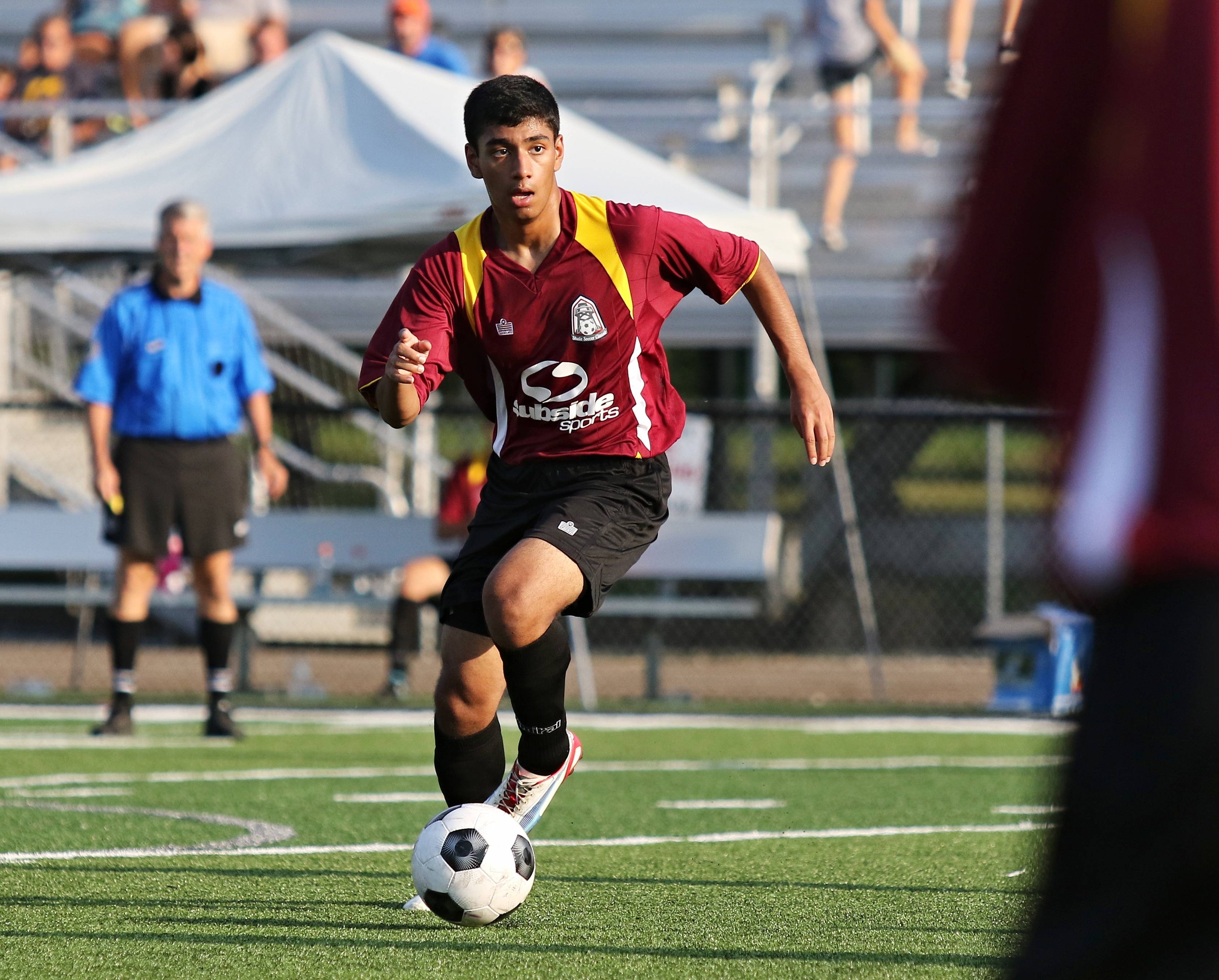 The second half brought a new pace and even more chances for both teams. ISN FC opened up the opening fifteen minutes of the second half with their best chance of the match. Mark Blades went up the side, crossed it over the ground, it somehow found its way through the Dutch Lion defense and was finished off by Andrew Fatigati to put ISN up 1-0 with 30 minutes to go in the second half.

ISN would strike again on a similar play, where a cross found Fatigati again, and is finished off in similar fashion after the cross cannot quite be cleared by the Dayton back four and ended up in the back of the net.

From then on however, the Dutch Lions would pressure for the remainder of the game, and they were rewarded for their hard work just after as Logen Gumpert was found on the receiving end of a long, lofted through ball and he was able to lift a foot up and chip it over McQueen’s head where it then took a bounce of the ground and slowly rolled into the net, making it 2-1.

The Dutch Lions would nearly get an equalizer multiple times. One from Khutsideze  knicked off the side of the post after rolling along the goal line, and then another from Zack Zwiesler was rocketed through the uprights…of the football goal. The Dutch Lions were unable to find the equalizer, and ISN FC finished with a 2-1 victory.

The boys showcase followed the professional exhibition to wrap up the Shale Soccer Classic. 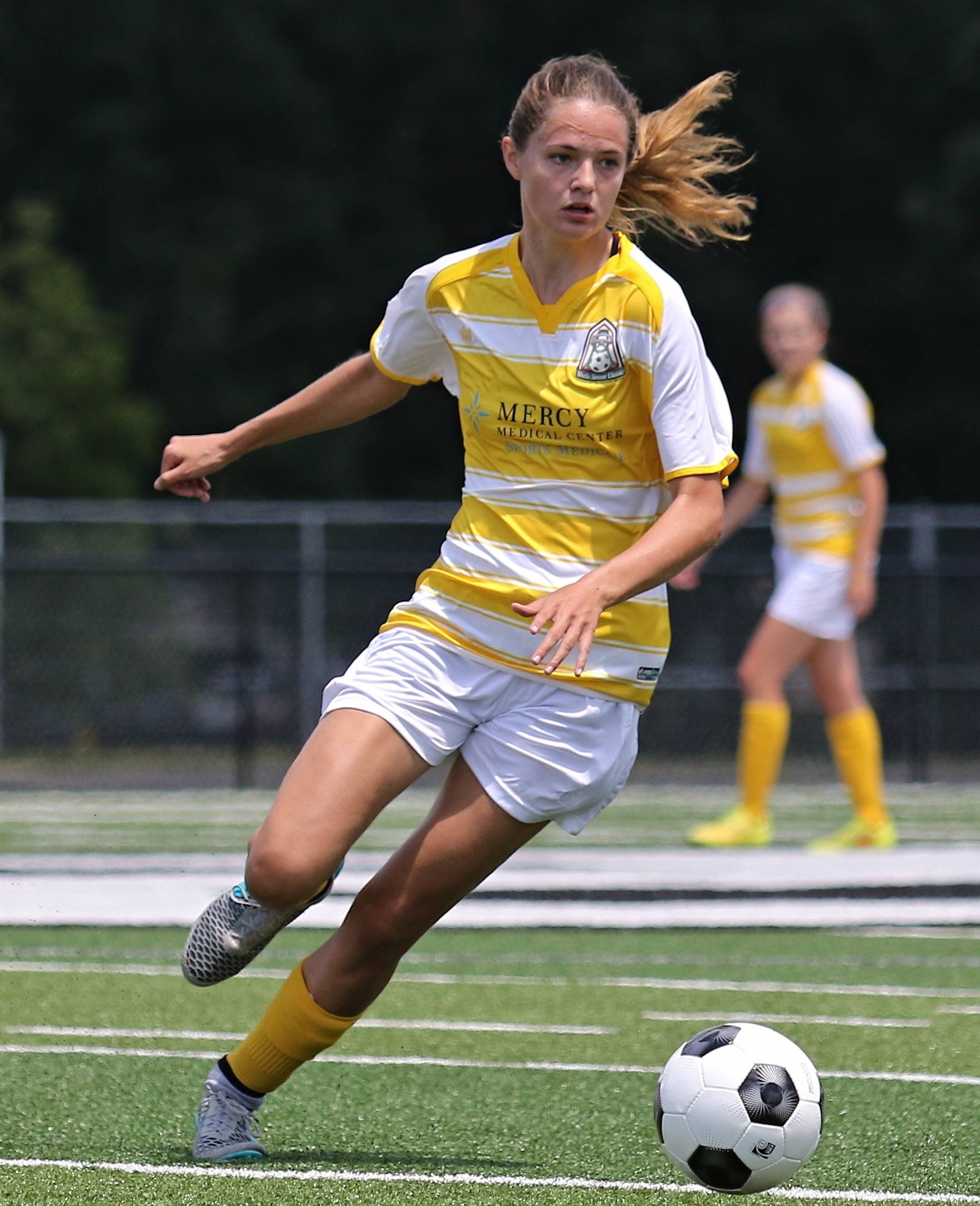 The two teams battled back and forth. but Via Media Company FC controlled a great deal of possession and pace of the game with quickness in the midfield.

Via Media Company would get the first goal across on a clever through ball and not unlike the Dayton Dutch Lions goal from the previous match, as Chris Brennan managed to chip the ball over Subside Sports keeper Tom Roseberry for the opening goal of the match.  It was not a surprise to see Brennan on the scoresheet as Brennan is, after all, the reigning Ohio Gatorade of the Year.

The two teams battled even for the remainder of the match, with Subside Sports FC creating a few chances to draw even. On one occasion Via Media Company keeper Bryce Benjamin needed to come off his line to snag away a dangerous lobbed pass. On another occasion Subside Sports FC and Gahanna Lincoln HS product Cole Heilman found himself with some space, but his shot was blocked in front with a large thud.

The two teams would go into half with a 1-0 score.

Via Media Company FC would add on an insurance goal early on in the second, and would control most of possession and the chances, but Roseberry would keep Subside Sports FC in the game late with multiple impressive saves. On one occasion, Via Media Company FC were threatening and fired off a shot that  was deflected by Roseberry right back to the foot of an opponent, but he recovered and caught the rebound attempt. Another chance in the closing moments of the match was also caught by Roseberry.

Despite their goalkeeper’s best efforts, Subside Sports FC fell to Via Media Company FC with a final score of 2-0, thus marking the conclusion of the Shale Soccer Classic Presented by Admiral Sports.