The Turlock Express are one of the top brands in the Major Arena Soccer League (MASL) and for good reason.  The team exemplifies success and is always loaded with incredible talent.

The 2015-16 MASL season is right around the corner and the Express are early favorites to win the league title.

The talent on the field starts with midfielder/defender Adrian Gutierrez, who is described as “the heart and soul of the team.”  He is joined by Arturo Pulido, who wears many hats as head coach, owner, and star player.  Arturo earned his first national team cap this summer against Mexico in a friendly.  He is joined on the coaching staff by assistant Edgar Martinez.

The talented duo of Gutierrez and Pulido is joined by gamebreaker Martyn Arista, who missed part of last season with an injury.  The Express clearly missed his ability to take over the game, but this season’s squad is so much better with a healthy Arista in the attack.  Jose Barajas, who anchors the defense, is a model of consistency and can always be depended upon.

Defender/midfielder Adrian Pulido is one of the team’s promising youngsters.  He was part of the second place Express squad that dominated the league’s Premier Division, which has become a hotbed for developing young talent.  Adrian will be joined by newcomer Alonso Lara, who was a talented goalkeeper with Deportivo Coras USA of the National Premier Soccer League (NPSL) last season.

As you can imagine, a lot is expected from the Express this season.  High expectations are part of the organization’s mindset thanks to a strong front office and coaching staff.

“Our number one expectation is to make the playoffs,” Express General Manager and Co-Owner Matt Warner explained. “Arturo is a well-respected person in the soccer community.  He has the ability develop and groom young talent while getting the most from the veterans.”

Recent changes to the MASL’s rules have also been a major source of discussion.  But Warner believes these are a major positive.

“Our coaching staff and I love the new rules for this upcoming season.  These rules will allow for an even faster pace of soccer, while allowing talent to shine and keeping the game safe.” 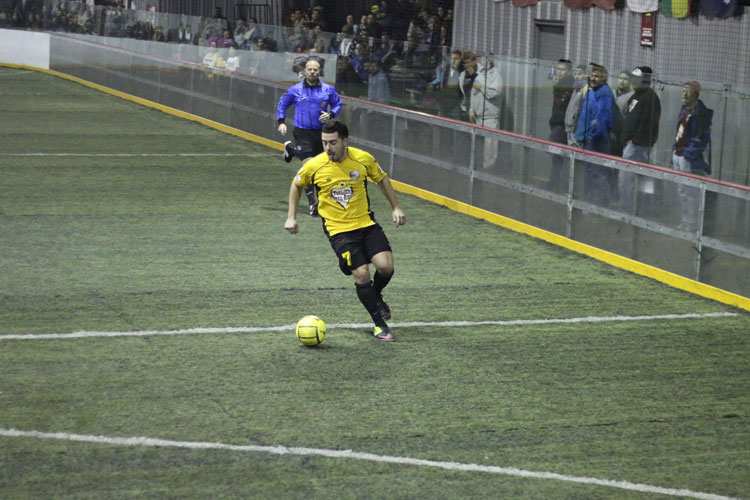 But Warner knows that surpassing the accomplishments of the 2014-15 season won’t be easy.

“We had two moments that really stood out.  It was back-to-back come-from-behind wins against the Ontario Fury and the Las Vegas Legends.  Those two wins really showed our team’s heart and trust in each other.”

Winning against Ontario and Las Vegas is great, but dominating rivals like the Sacramento Surge is even more special.

Winning, taking over a game, and dominating the competition is the way of the Turlock Express and many expect more of the same this season.